A 'similar version' is coming to the CD Projekt Red Store

Fandom is a strange thing, and every year the merch that's obtained at E3 will be sold online to the hordes of fans that were unable to attend the event. This is especially true for games which have large followings, such as Cyberpunk 2077, with the jackets that were given away at E3 being sold for more than $450 online.

Rafal Jaki, the business development director of CD Projekt Red, has advised that fans of Cyberpunk don't buy these Cyberpunk 2077 jackets for one simple reason; because CD Projekt Red plans to release a "similar version" on its online store.

Last month, CD Projekt Red launched their official merch store in Europe, serving EU nations exclusively with plans to export to more regions in the future. When Cyberpunk 2077 jackets become available on this storefront, they are likely to be cheaper than the official E3 jacket's eBay prices and come with the satisfaction of knowing that your money went towards Cyberpunk 2077's developer.

The E3 2019 jackets are reversible, offering yellow Cyberpunk 2077 branding on one side and black "Samurai" branding on the other. Samurai is an in-game band which is led by Keanu Reeves' character, Johnny Silverhand. 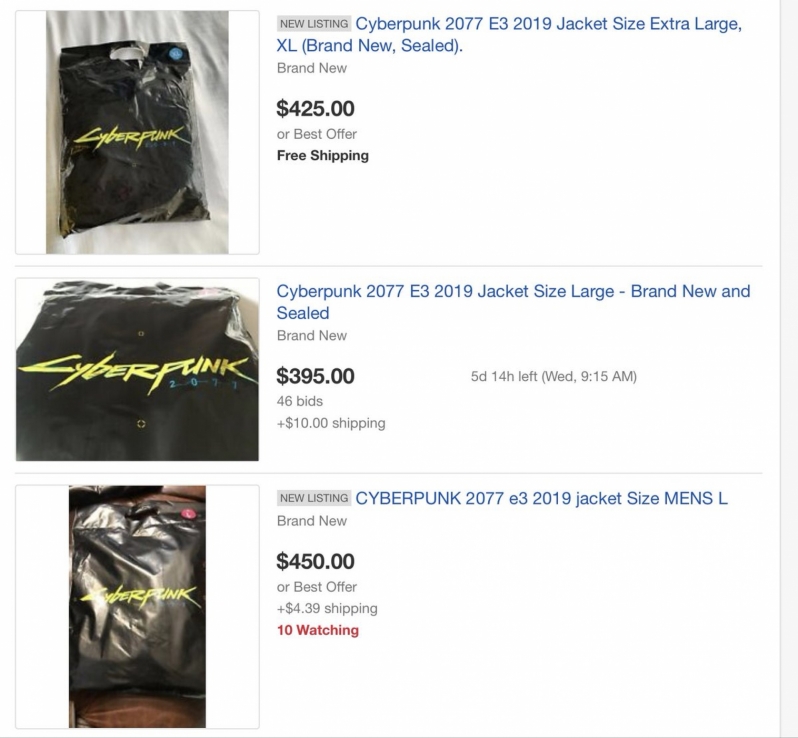 You can join the discussion on Cyberpunk 2077 E3 jacket selling for over $400 online on the OC3D Forums.