Disney+ now offers The Simpsons in its original 4:3 aspect ratio

Previously, Disney+ only offered The Simpsons in its Remastered 16:9 aspect ratio

Disney+ now offers The Simpsons in its original 4:3 aspect ratio

When Disney+ launched, the streaming service allowed its users to access 30 seasons of The Simpsons. However, many longtime fans of the franchise complained that Disney's "Remastered" versions were inferior to their original counterparts. Thankfully, Disney have listened.

Back when the Simpsons first aired, televisions with 4:3 aspect ratios were commonplace, but since then 16:9 widescreen displays have become the standard for all new TVs and monitors. With these new screens in mind, the classic seasons of The Simpsons were "remastered" to support these new aspect ratios, a process which cut content from the top and bottom of the screen. This process resulted in ruined visual gags and other undesirable changes.

Below is an example of this change, which saw an entire joke cut from the show. With this in mind, it is easy to see why fans of the series have been crying out for a 4:3 "original" option within Disney+. 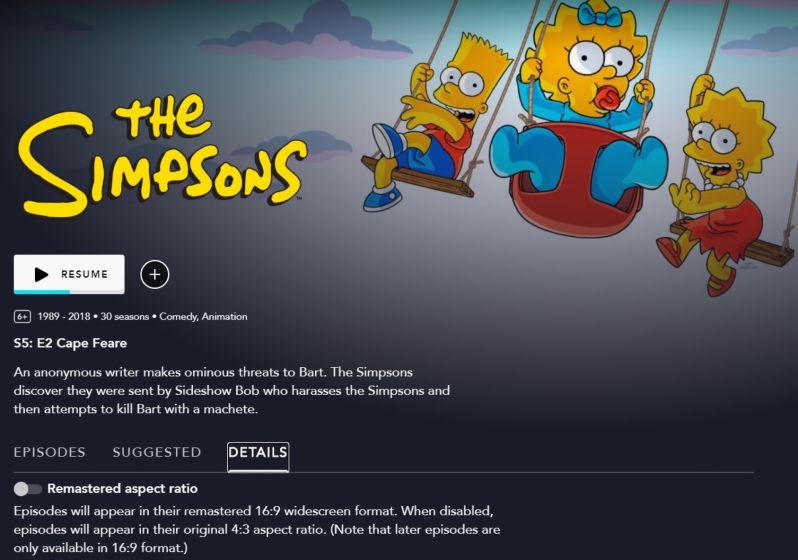 You can join the discussion on The Simpson gaining "original" 4:3 aspect ratio support on Disney+ on the OC3D Forums.