Disney+ is Disney's challenge to Netflix, Amazon Prime and Apple's recently launched Apple TV service, and the service has already proven to be a success, gaining 10 million subscribers on day 1.

The service has launched with new content from Marvel, Star Wars, Pixar and Fox, alongside decades of classic content from these brands. Disney+ contains all classic Simpsons episodes, every Star Wars movie and seemingly every Disney and Pixar Classic. Disney+ started strong in terms of content quality and quantity, allowing the service to exceed Disney's expectations within a single day of operation.

Analysts had predicted that Disney+ would have 8 million subscribers before the end of 2019 and 18 million before the end of 2020's fiscal year. Now it looks like Disney will shatter both of these expectations, especially after Disney+ reaches more European countries on March 31st 2020.

Right now, Disney+ is only available within the US, Canada, and the Netherlands. The service's release in the United Kingdom, Germany, Italy, France and Spain is due on March 31st 2020 while the service's release in Australia, New Zealand and Puerto Rico is due on November 19th 2019. These international launches should ensure steady subscriber growth in the coming quarters, especially if Disney continues to add more content to its platform. 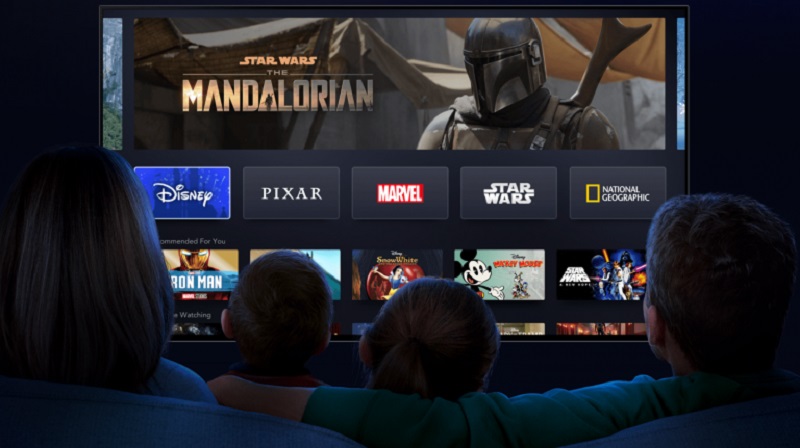 In the US, Disney+ currently cost users will cost $6.99 per month. The UK/EU pricing for the service has not been revealed.

You can join the discussion on Disney's early Disney+ success on the OC3D Forums.

g0ggles1994
Of course it will. It has the four cornerstones of modern pop culture.Quote

AngryGoldfish
It's frustrating that you can't legally watch The Mandalorian. I'm loving it so far, but I hope Disney don't ignore physical sales of it. Digital medium is great, but it's very limited.Quote

Pr3d4t0r
another platform to sub for streaming content you don't own, no thanks.Quote

Daiyus
Quote:
I tend to pirate a lot of stuff that I've legally streamed just so I've got it there on my hard-drive in case of Internet issues. I'll likely buy a few months of Disney+ once it's available here so I have no issue watching The Mandalorian "early". I agree that it would be great to be able to get a physical copy of these series though.Quote

MacLeod
I was one of them. Disney+, Hulu and ESPN+ for $12/month is a pretty sweet deal. The Mandalorian is a superb show so far, almost worth the subscription price itself and with several Marvel and all the Star Wars movies on tap it's a pretty good deal. That combined with Netflix for $11/month and YouTube for free and I've got plenty to watch on TV and save $100/month over cable (Amazon Prime doesn't count cause I already had that for the free shipping.)Quote
Reply