The same quality at a 3x higher print speed? This is rapid 3D printing

Over the weekend, the 3D printing gurus over at Creality revealed the next generation of its popular Ender series, the Ender 6, a precision 3D printer which promises users a significant increase in speed over the company's existing designs.

Usually, 3D printing speed comes with a decrease in quality, but with the Ender 6, Creality boasts that their "self-developed silent motherboard" will help the company deliver increased accuracy at higher print speeds, which is excellent news for buyers.

One of the main upgrades offered by Creality's new board design is the fact that it uses TMC2208 motor drivers. This hardware enhancement will deliver users lower noise levels and increased accuracy when compared to older stock Ender mainboard designs. With this new board also comes a new screen and an updated user interface. These electronic design changes are shared with Creality's recently announced Ender 3 V2.

Design-wise, the Ender 6 shares much of its design with the Ender 5, though the Ender 6 boasts a larger printing area, a glass bed in its stock configuration and increased stability in the printer's XY structure. 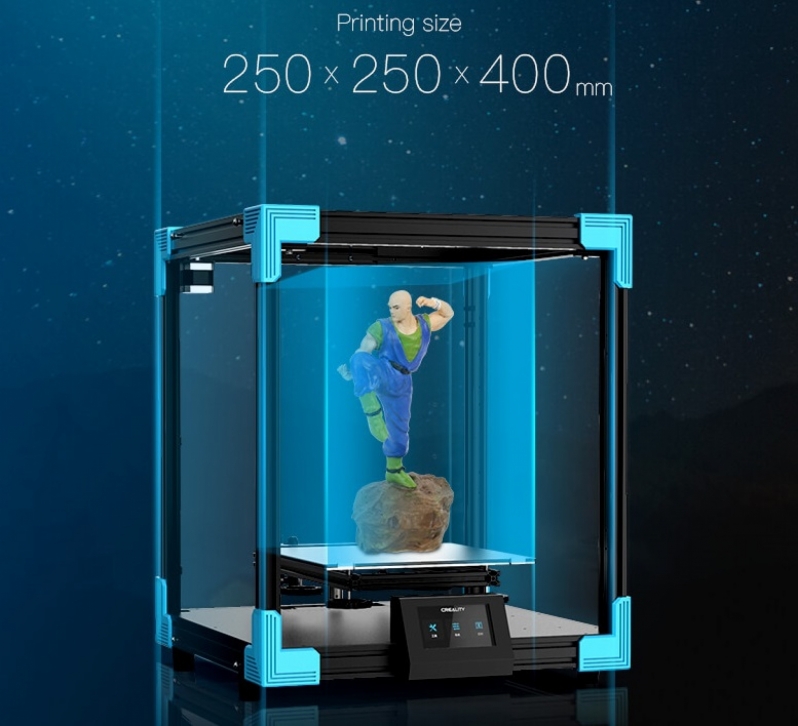 Unlike the Ender 5, none of the Ender 6's important components lie outside of the printer's box-like frame, making the printer less prone to damage. The Ender 6 can also be purchased with a "high configuration", which ships the printer with acrylic panels which help to protect the printer and to maintain a constant temperature within theEmder 6's enclosure.

Aesthetically, the Ender 6 is a huge step up from the Ender 5, which when combined with the Ender 6's larger print area (250mm x 250mm x 400mm vs 220mm x 220mm x 300mm), makes the Ender 6 a significant upgrade over the Ender 5. Other features that the ENder 6 possessed is an integrated filament runout sensor, resume printing functionality and support for speeds of up 150mm/s.

Creality has stated that its Ender 6 officially supports PLA, ABS and TPU out of the box, supporting standard 1.75mm filament types. The bed of the Ender 6 is made using Carborundum glass, offering easy print adhesion, great thermal conductivity and a flat smooth surface. 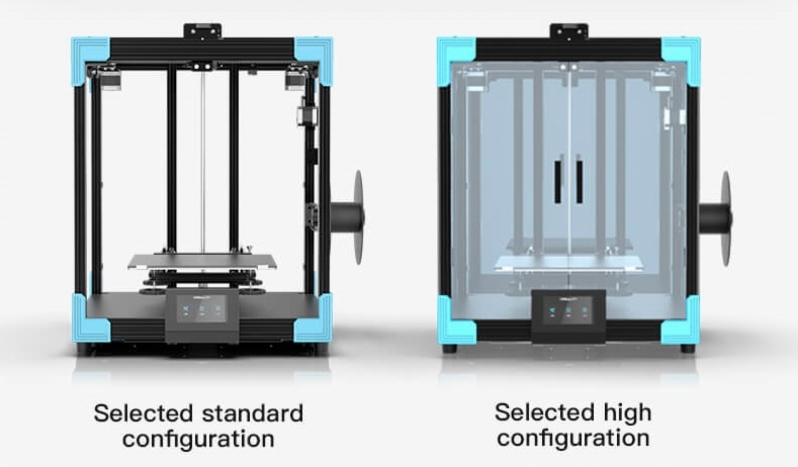 The Ender 6 is designed to offer users a larger print area than previous Ender designs while enabling faster printing speeds and lower noise levels by upgrading the electronics which power the Ender 6. This is how the Ender 6 can promise up to 3x faster print speeds than older Ender series printer designs.

Creality's Ender 6 is due to become available in May, with pre-orders starting soon. At this time, it is unknown what price Creality plans to target with its Ender 6, though we will find out once pre-orders go live. 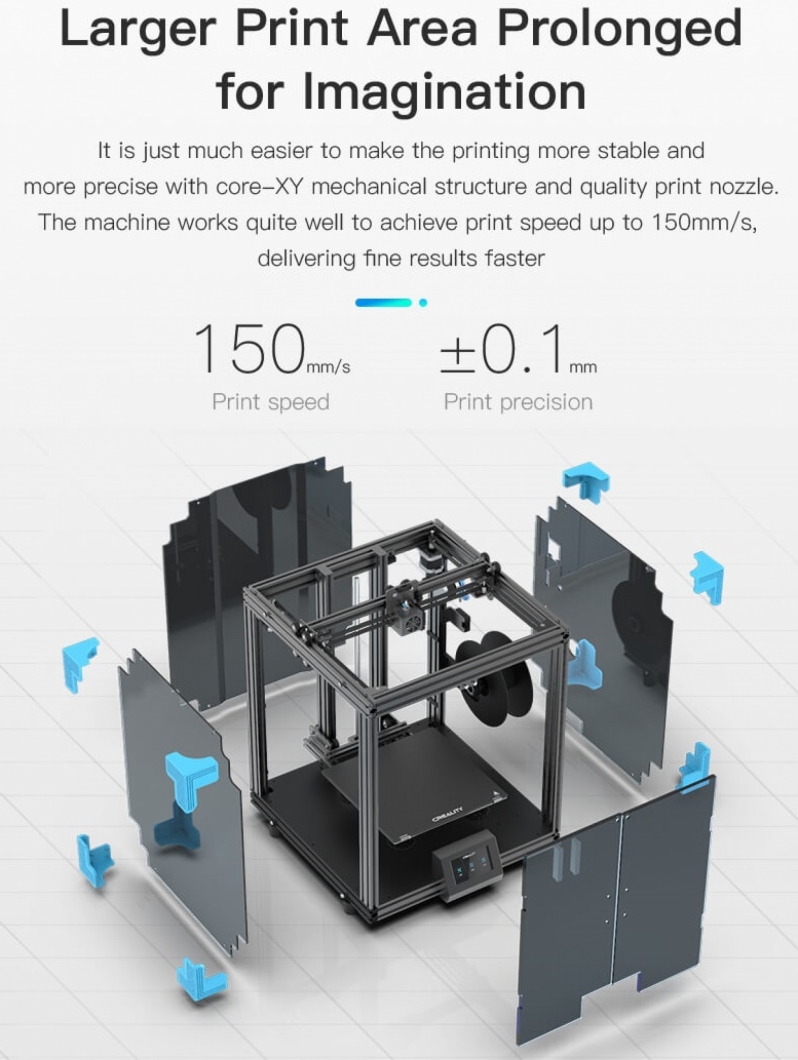 You can join the discussion on Creality's Ender 6 FDM 3D printer on the OC3D Forums.

WYP
Quote:
Couldn't have known that this was coming. TBH, it's hard to tell if Creality is being honest with the faster print claims. The new electrics will help, but it's hard to know how fast this can run in reality.Quote

Bartacus
The bed reinforcement looks interesting. I wonder if the bed will be any flatter than the typical bed (eg "surface of the moon" flat).Quote

Emu
Quote:
The glass bed that I got with my Ender 3 Pro is pretty warped. It is bad enough that I went back to the magnetic build plate until I get around to getting something else. The SSS looks like it might fit the bill, I just have to wait for things to return somewhat to normality to buy it from China... :\Quote
Reply