The CR30 is in Alpha, but it could be a gamechanger for makers

Creality's CR30 is one of the most exciting 3D printers that the company has ever created, offering users a rolling bed design which gives customers an "infinite" axis size in a single direction.

Why does this matter? That's a simple question to answer. The CR30 offers users a means to deliver continuous 3D printing capability, allowing a single part to be created, removed and recreated without any input from the user. You will only need to stop printing when the CR30 needs more filament, a new nozzle or other forms of maintenance. Outside of that, this printer can be used to print continuously.

As noted by Naomi Wu on Twitter, this printer is currently in its alpha stages, which means that the CR30 isn't ready for mass production. Creality is working to launch with printer without any significant issues, as doing so would put consumer off this kind of 3D printer. Given the potential of this kind of design for makers, it is easy to see why Creality wants to get this printer right.

We know that the current design of Creality's CR30 uses Creality's silent stepper drivers on its mainboard and features a heated bed. With a maximum nozzle temperature of 260 degrees celsius, this 3D printer should support most commonly used 3D printing materials.

We expect to learn more about Creality's CR30 Belt 3D Printer as its launch approaches. 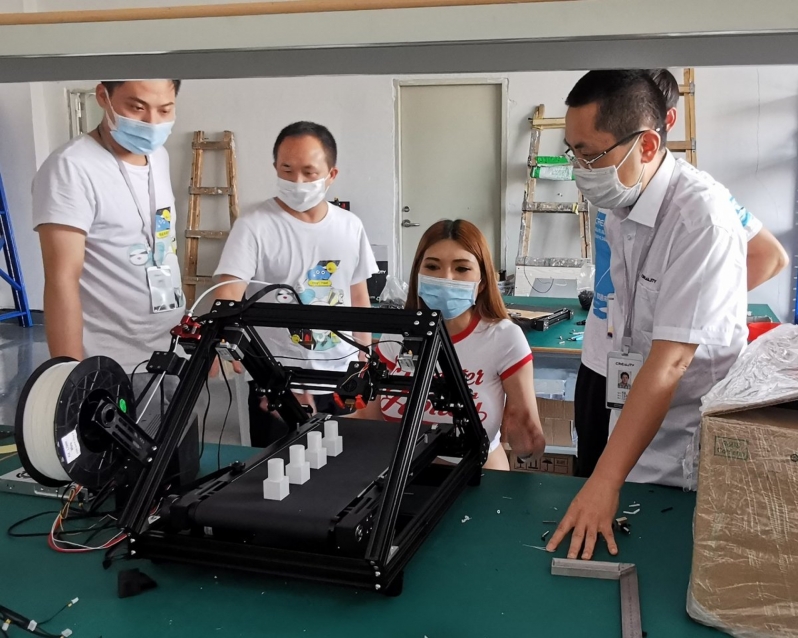 You can join the discussion on Creality's CR30 Belt 3D Printer on the OC3D Forums.

Bartacus
That is really cool looking! Creality is doing some good things these days.Quote

Warchild
haha you had to include a picture of Miss Wu...

WYP
Quote:
I don't follow her, but this is the picture that let me know about the CR30. Creality shared it.Quote

smilertoo
I hope they hired the guy that came up with the idea, or paid him for it. I remember seeing this on a maker fair video a while back.Quote

AlienALX
Quote:
Is she that one on YT with the abnormally large fake tits?Quote
Reply