This bed levelling free printer already has thousands of purchasers

At the time of writing, Creality has shattered its Kickstarter funding target, having already generated over £461,000 in pledges, which is over five times larger than the company's £80,459 funding target.

While Creality's CR-6 SE 3D Printer looks very similar to the company's iconic Ender 3 design, those who are familiar with 3D printing will be able to see the major changes that Creality has made to its latest printer. For starters, we have a dual Z-axis setup for increased rigidity and accuracy, automatic bed levelling for increased ease of use, and new extruder/hot-end designs. Combine this with a wealth of other design tweaks that are designed to make 3D printing easier than ever before.

We have confirmed that the CR-6 SE will feature a 235mm x 235mm x 250mm printing area, and support nozzle temperatures of up o 260 degrees. This will allow the CR-6 SE to print most commonly used materials. This includes PAL, TPU, PETX, ABS and wood-hybrid filaments. Creality has confirmed that a "Max" version of this 3D printer is in the works, which will be larger than the standard CR-6 SE. Sadly this "Max" version of the CR-6 SE will not be available during this Kickstarter campaign.

Another addition to the CR-6 SE is a modular nozzle structure, which makes it much easier for CR-6 SE users to swap and replace their nozzle and other components. No longer will the power cables attach directly to the printer's power supply, and no longer printer maintenance and nozzle replacements be a chore.

Alongside this change, Creality will also be utilising a new extruder design which is designed to be compact and lightweight, a factor which can make a big difference when printing at high speeds. A cap has also been added to this extruder to help make particle intrusion less likely. A feed-in sensor has also been added to the CR-6 SE, which will allow the printer to suspend printing in the event of filament breakage or run-out. Electronically, the CR-6 SE uses Creality's new TMC-2560 Silent motherboard, which uses a 32-bit motherboard with 2560 chipsets. This allows the CR-6 SE to run with noise levels of 50 dB. When compared to Creality's stock Ender 3 series, this is practically silent, and the use of these advanced electronics also helps to increase the CR-6 SE's accuracy and reliability. These electronics are also backed up by a Meanwell power supply, which is suitable for 115V and 230V regions. 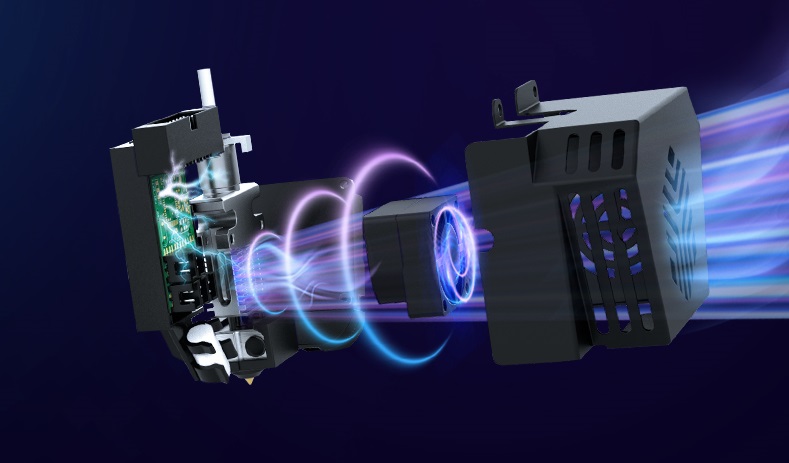 Other notable additions to the CR-6 SE include a built-in tool drawer for spare parts and other useful tools, built-in belt tensioners for the printer's X-axis and y-axis belts and a foldable side-mounted filament/spool holder. Combine this with the CR-6 SE's handle, and the CR-6 SE becomes a fairly portable design, at least when compared to its peers.

Right now, the Creality CR-6 SE is available on Kickstarter with an early bird price of $319 US, which is 26% cheaper than Creality's planned retail pricing. Creality plans to start shipping its CR-6 SE in August and plans to offer Kickstarter backers a year-long warranty in their purchases. This warranty will not apply to consumable parts like belts and nozzles. 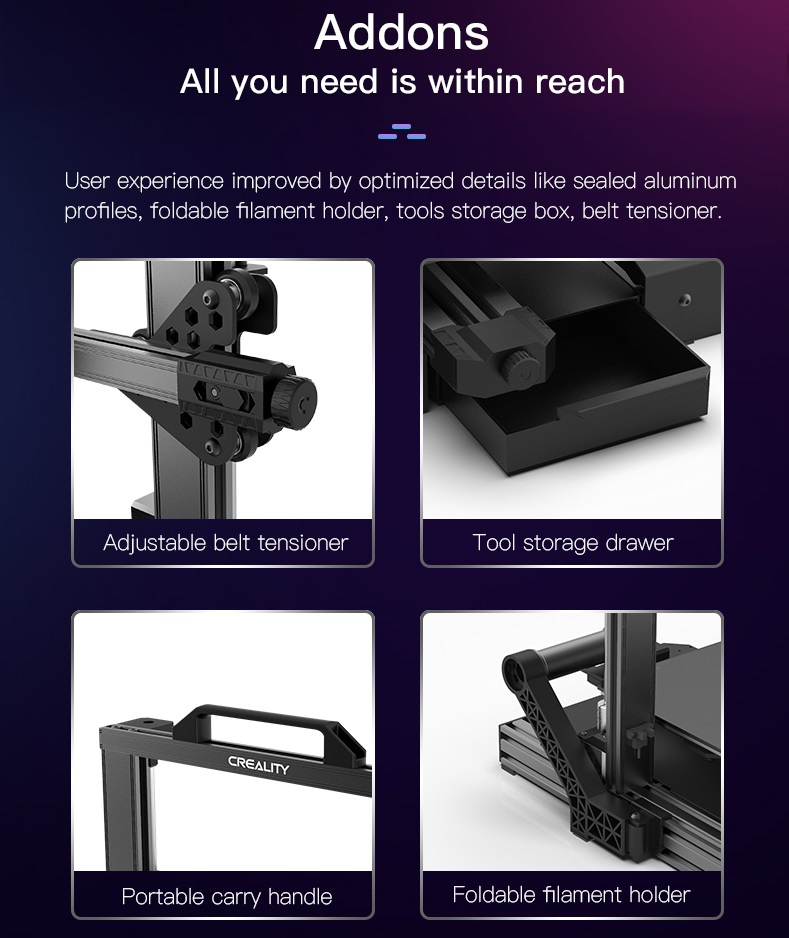 In recent weeks, Creality has also revealed its Ender 3 V2 and Ender 6 3D printers. Add this to Creality's recently revealed CR-6 SE, and we can see the world of 3D printing going through a lot of changes in the coming months.

You can have a look at Creality's CR-6 SE Kickstarter here.

You can join the discussion on Creality's CR-6 SE 3D printer shattering its Kickstarter funding target on the OC3D Forums.

Warchild
Amazing how a company with offices and plants as big as theirs, is using kickstarter for this. Quite shocked to be honest.Quote

WYP
Quote:
Marketing, and secured sales long before the shipping date. Kickstarters can build a lot of hype. Another recent example of this was Mighty Number 9, it didn't need a Kickstarter, but it got headlines and it got the news out there.

If I'm honest, I want one of these. Happy with my ender 3 though. A lot of my upgrades are basically what Creality has done here. That said, they have done more. Very impressive.Quote
Reply