Creality's Ender 3 is an iconic 3D printer, with the design sporting dedicated communities across the internet. With their Ender 3, Creality helped to make 3D printing accessible, offering their customers an affordable, yet effective, entry point into the 3D printing community.

In recent months, Ender 3 extension kits have become popular within the hobbyist 3D printing community, allowing Ender 3 users to upgrade their 3D printers to deliver larger bed sizes. The most popular of these kits is the Ender Extender, allowing Ender 3 users to upgrade their printers to offer bed sizes as large as 400 x 400mm. With this, Creality has seen the need to create a larger Ender 3 printer.

Meet the Ender 3 Max, a 300 x 300 x 340 3D printer which currently retails for £308.52 (MSRP £354.03) on Creality's website. This 3D printer offers users the same classic design as the original Ender 3, but with a larger build area, an all-metal extruder, dual-fan filament cooling and room for several easy hardware upgrades.

For the most part, the Ender 3 Max is an embiggened Ender 3 Pro, featuring many of the same design features and an almost identical base. The units use similar mainboards, featuring 32-bit controllers and non-silent stepper motor drivers (like all newly manufactured Ender 3/3 Pro 3D printers), identical pully designs and the same non-touch control system. What's different is that this printer has areas built in to add on a BL-Touch and a filament run-out sensor, allowing these optional upgrades to be added without heavily modifying the printer.

While Creality's website lists the Ender 3 Max as featuring a "Silent motherboard", 3rd party reviews from CHEP and All3DP have stated that the Ender 3 Max lacks TMC2208 silent stepper motor drivers. This makes the Ender 3 Max more like the standard Ender 3 than the newer Ender 3 Pro.

Unlike the original Ender 3, the Ender 3 Max features a side-mounted spool holder, making the unit similar to Creality's CR-6 SE. This change makes the Ender 3 Max much wider than other Ender series printers, but this change also makes the printer shorter than a standard Ender 3 with a top-mounted filament spool. 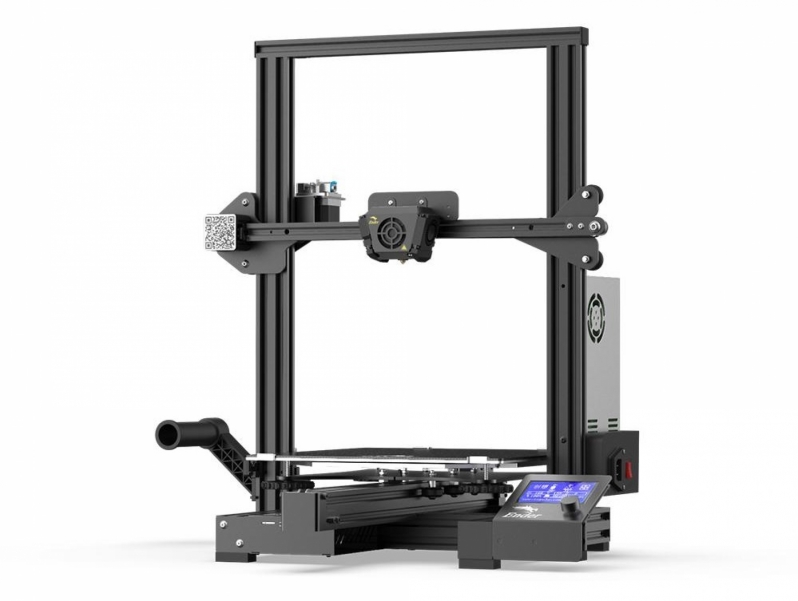 Creality's Ender 3 Max 3D Printer is currently available to order from the company's website, with broader availability being expected soon.

You can join the discussion oN Creality's Ender 3 Max 3D Printer on the OC3D Forums.