Creality's CR-6 SE 3D printer has already proven to be a huge success on Kickstarter, shattering its initial funding targets by offering customers hassle-free assembly, "levelling-free technology" and a wealth of design improvements over the company's existing Ender 3 series.

Now, Creality is going large with its CR-6 SE, by offering customers the option to upgrade their pledges to receive their new CR-6 Max printer instead of the company's standard CR-6 SE. This scaled-up design provides all of the main features that the CR-6 SE possesses but adds to it by giving users a colossal 400x400x400mm build area. 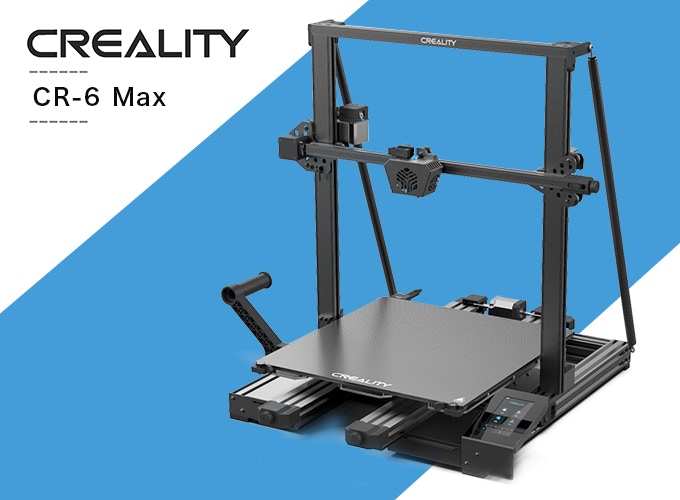 One of the main innovations of Creality's CR-6 design is the company's use of "levelling-free technology", which will allow users to achieve accurate prints without the tedium of manual bed-levelling. With its CR-6 SE and CR-6 Max, Creality appears to be using a new technique for bed-levelling, a method which boasts "true bed-levelling" which delivers "highly accurate results", and the best thing is that this feature is available out of the box.

Creality has confirmed that the CR-6 SE and CR-6 Max supports nozzle temperatures of up o 260 degrees. This will allow the CR-6 series to print most commonly used materials. This includes PAL, TPU, PETX, ABS and wood-hybrid filaments.

Another addition to the CR-6 series is its modular nozzle structure, which makes it much easier for CR-6 users to swap and replace their nozzle and other components. No longer will the power cables attach directly to the printer's power supply, and no longer printer maintenance and nozzle replacements be a chore.

Alongside this change, Creality will also be utilising a new extruder design which is designed to be compact and lightweight, a factor which can make a big difference when printing at high speeds. A cap has also been added to this extruder to help make particle intrusion less likely. A feed-in sensor has also been added to the CR-6 series, which will allow the printer to suspend printing in the event of filament breakage or run-out.

Electronically, the CR-6 Max appears to be using Creality's latest Silent motherboard, which uses a 32-bit motherboard with TMC2209 drivers. This allows the CR-6 series to run with noise levels of 50 dB. When compared to Creality's stock Ender 3 series, this is practically silent, and the use of these advanced electronics also helps to increase the CR-6's accuracy and reliability. These electronics are also backed up by a branded power supply, which is suitable for 115V and 230V regions. These power supplies will come from Meanwell, Delta and Huntkey, with PSU providers varying with each production run. 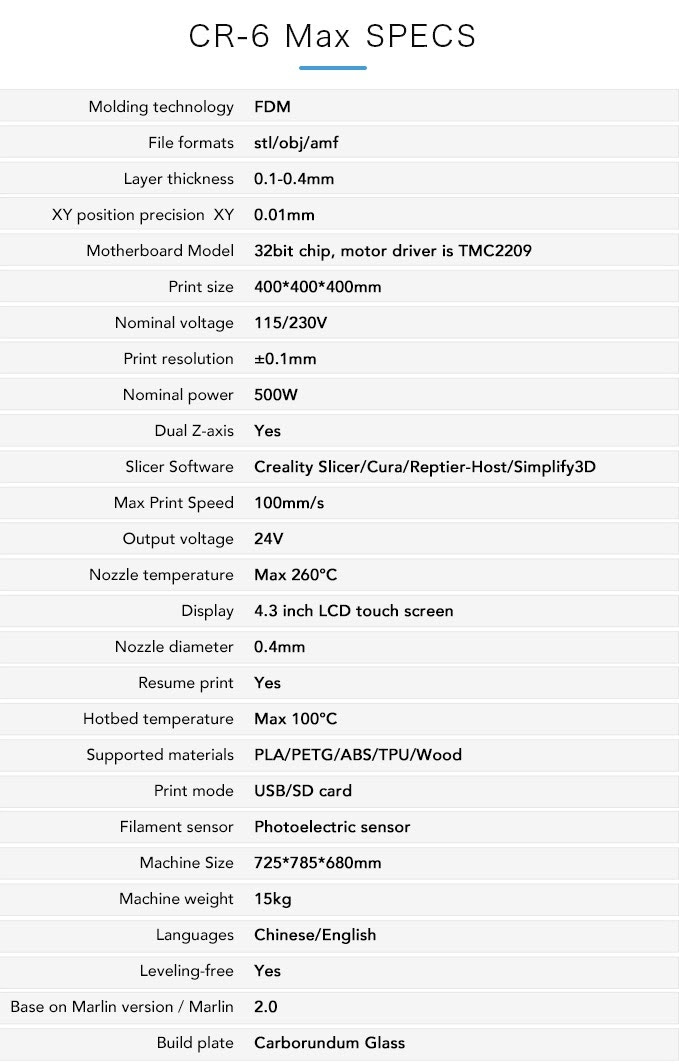 Other notable additions to the CR-6 series include a built-in tool drawer for spare parts and other useful tools, built-in belt tensioners for the printer's X-axis and y-axis belts and a foldable side-mounted filament/spool holder. Unlike the CR-6 SE the CR-6 Max doesn't include a carry handle, due to the printer's sheer size and weight.

Those who wish to own Creality's huge CR-6 Max 3D printer can back Creality's CR-6 project on Kickstarter, either by changing their existing CR-6 SE pledge to acquire a larger CR-6 Max or by making a new pledge.

In recent months, Creality has also revealed its Ender 3 V2, Ender 6, and CR-30 3D printers. Add this to Creality's recently revealed CR-6 SE, and we can see the world of 3D printing going through a lot of changes in the coming months.

You can join the discussion on Creality's huge CR-6 Max 3D Printer on the OC3D Forums.