Club3D Reveals one of the World's first HDMI 2.1 Cables with 48Gbps Bandwidth

Club3D prides themselves with their ability to bring new connectivity standards to market, hoping to pave the way to a future with faster cables, increased bandwidth and support for the latest technologies.

HDMI 2.1 is designed to shake up the world of displays, moving beyond 4K 60FPS to support 4K 120FPS, 8K 60Hz and resolutions of up to 10K 120Hz when using compression. On top of that, HDMI 2.1 is also designed to support Variable Refresh Rates (VRR), hoping to minimise lag/stutter and to make games appear smoother and more fluid.

To kickstart their HDMI 2.1 efforts, Club3D has created both 1m and 2m long cables, both of which are capable of HDMI 2.1's maximum bandwidth capacity of 48Gbps. To increase the bandwidth of HDMI, the 2.1 specification has doubled the bit-rate of its data channels (from 6Gbps to 12Gbps) and has increased the number of channels from three to four. This increases HDMI's bandwidth from 18Gbps with HDMI 2.0 to 48Gbps with HDMI 2.1.

All of HDMI 2.1's features are fully supported by Club3D's new CAC-1371 cables, making the cable capable of supporting all future HDMI 2.1 devices. 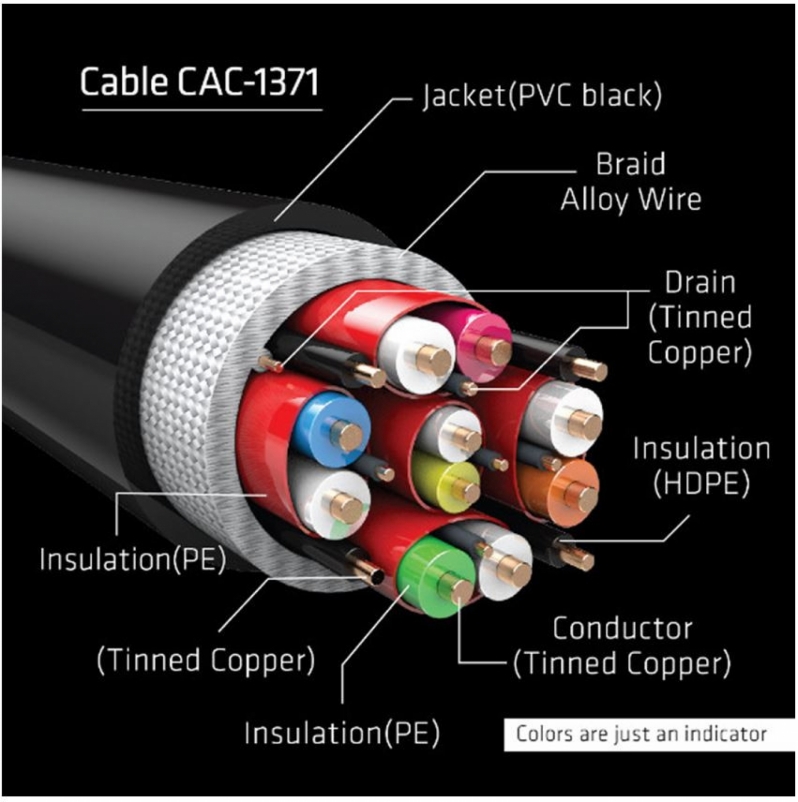 At the time of writing no televisions, media players or consoles support HDMI 2.1, though that is likely to change moving into 2019. 8K televisions are already available in the ultra-high-end market, and more affordable 8K offerings are likely to be showcased at CES 2019. Future games consoles and PC hardware are also expected to support HDMI 2.1 features such as VRR and Quick Media Transport, which will reduce the latency of HDMI 2.1 screens and improve the smoothness of games.

You can join the discussion on Club3D's 48Gbps capable HDMI 2.1 cables on the OC3D Forums.