Bitmain reportedly made more money than Nvidia in 2017

Bitmain reportedly made more money than Nvidia in 2017

Bitmain, the Chinese the cryptocurrency mining ASIC giant has reportedly earned more than Nvidia in 2017, at least according to the researchers over at Bernstein.

Based on what the group called conservative estimates, the company made $3-4 billion in profit last year, which is greater than the $2.91 billion that Nvidia made in the same year. The most alarming part of this achievement is that Bitmain didn't exist five years ago, whereas the graphics juggernaut Nvidia was founded over 24 years ago, showcasing how much cryptocurrencies have grown in recent years.

ASIC miners are applications specific integrated circuits that are designed to work on certain computational tasks, making them extremely specialised to mine cryptocurrencies. These systems are only useful for certain algorithms, though in these tasks they are incredibly efficient, leaving traditional CPUs and GPUs in the dust in terms of raw performance and power efficiency.

Over time Bitmain has created miners for several different algorithms and have improved their designs to offer higher levels of performance and efficiency,  with rumoured plans to utilise modern 10nm and 7nm manufacturing processes to create more powerful ASICs this year. 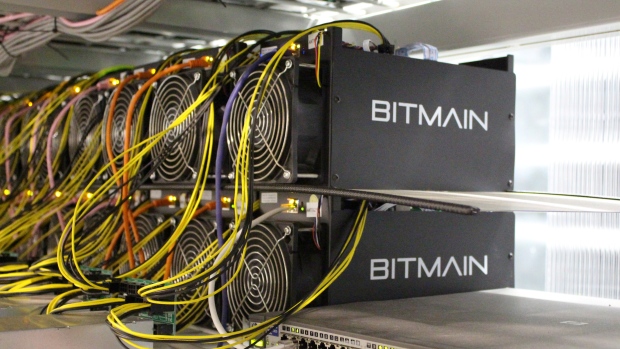 At this time it is unknown how much Bitmain will grow moving forward, as the company's profits are tied to the demand for ASICs and the popularity of cryptocurrencies like Bitcoin.

You can join the discussion on Bitmain's reported profits on the OC3D Forums.

AlienALX
I spoke to an old friend a few days ago (VB's first wife... Sorry, old joke no one would get). Any way, he's in his 30s and just retired having made a fortune mining.

I wasn't quick to have long convos with him, given my thoughts on the whole thing