Bitcoin's rise has caught the attention of governments across the world

The cost of Bitcoin has dropped after an announcement from the South Korean government which confirmed plans to target the anonymous trading of virtual currencies. These new rules will require new cryptocurrency trading accounts to contain information that will identify traders, acting as a method that will prevent digital currencies from being used for money laundering, fraud and other criminal enterprises.

This announcement comes less than two weeks after the Cryptocurrency exchange YouBit declared bankruptcy after a major hack, closing down one of South Korea's major Bitcoin traders. Right now it is estimated that 20% of all Bitcoin transactions take place in South Korea.

Since this announcement, Bitcoin's price has decreased from its opening price of $15,378 to $14,208, reducing the value of the currency by over $1,000. Several other countries have already expressed interest in implementing similar measures to crack down on the anonymity of cryptocurrencies. 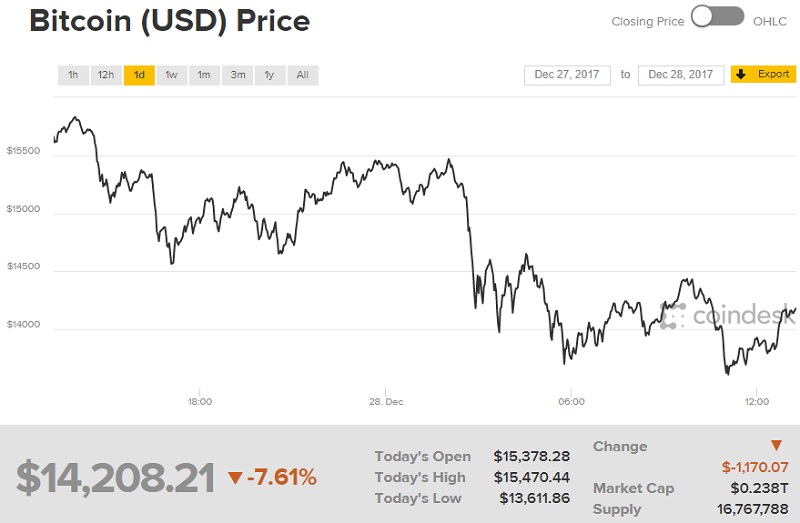 South Korea's new rules will also give regulators the ability to close down cryptocurrency exchanges when deemed necessary, which makes many bitcoin traders uncomfortable, especially when combined with anti-anonymity regulations.

You can join the discussion on South Korea's crackdown on Cryptocurrencies on the OC3D Forums.