Bitcoin and Ethereum have both lost 30% of their value

This week has not been a good week for Bitcoin owners, and the currency has lost 30% of its value over the past week, lowering from a value of almost $40,000 to today's value of $27,663. Ethereum, Dogecoin, and other popular cryptocurrencies have also lost  much of their value this week with some coins losing over 50% of their value.

At this time, it is unknown how the value of cryptocurrencies will change over the next few months, but right now it looks like the cryptocurrency mining boom is over. That alone is forcing GPU pricing down, and significantly lowering the cost of gaming PCs. 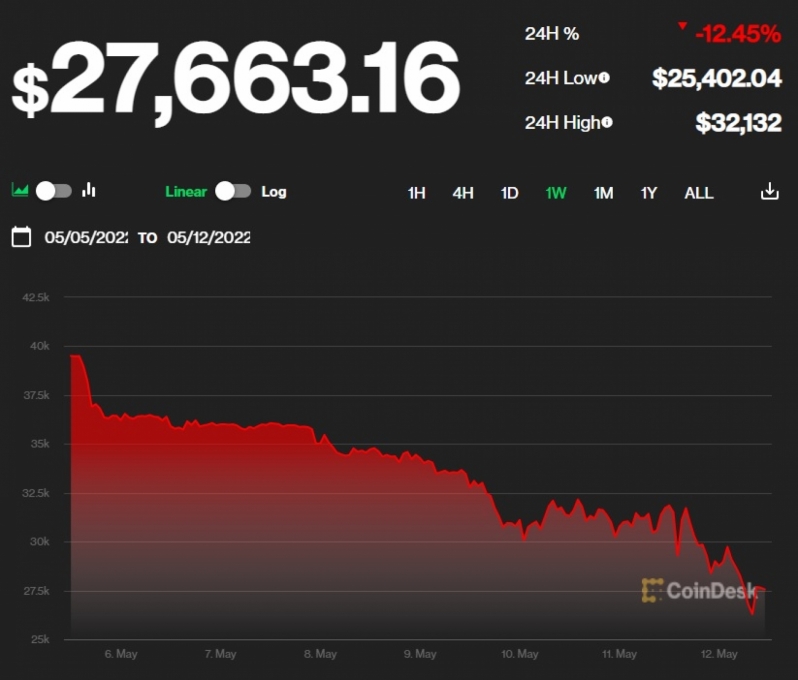 Today, crypto analysts have mixed opinions. Some believe that Bitcoin's value will fall further over the coming weeks, and others believe that the value of Bitcoin will stabilise and rally a little in the short term. Either way, it looks like Bitcoin won't be worth $65,000 anytime soon, and that is great news for PC gamers and hardware enthusiasts.

You can join the discussion on Bitcoin's value crashing on the OC3D Forums.

dazbobaby
In any other currency market, the only way to devalue a currency like this is to dump large quantities of said currency.


So who's dumping thousands of bitcoins and why?Quote

Anon
No it's not, there are plenty of reasons why value of a currency go down.Quote

Damien c
This is what happens when countries ban the use of it and obtaining it.

It also doesn't help when you have the likes of Elon Musk basically making it seem like Bitcoin is evil, because it uses a high amount of Elecricity to not only mine but complete transactions etc that is iirc it's hard to remember since he flip flops so much on Crypto.

It can keep dropping and when it drops enough I will buy some of it, because it will go back up in value it's just going to take a while I reckon.Quote

ImprovizoR
As far as I'm concerned, crypto currencies can go penetrate themselves with a male reproductive organ.Quote
Reply