Over the past week, most of the world's major cryptocurrencies have experienced a significant drop in value, especially over the past 24 hours. Yesterday we reported that Bitcoin decreased in price to under $12,000, with the decline continuing overnight to bring the value of the currency below $10,000 for the first time since December 1st, 2017.

This massive drop in value is currently being attributed to plans from the Chinese and South Korean Governments to introduce new regulations and potentially ban the use of cryptocurrencies. Other countries are also looking into potential regulations, following Bitcoin's huge successes in 2017. 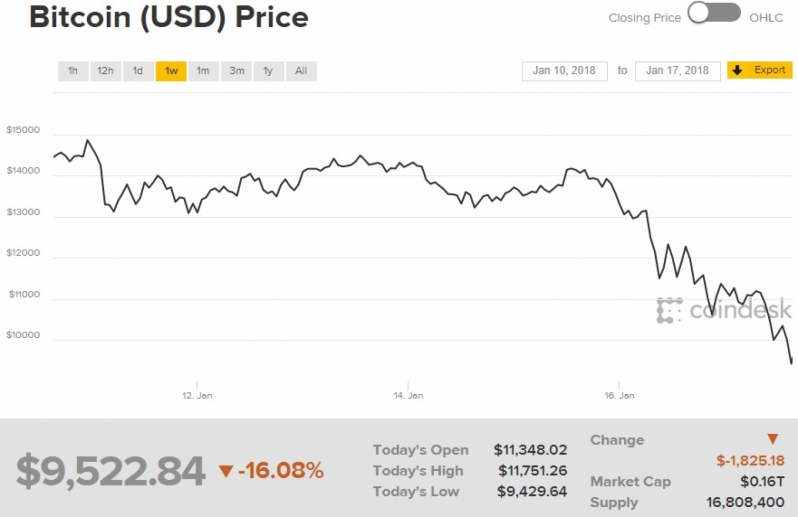 You can join the discussion on Bitcoin's value dropping below $10,000 on the OC3D Forums.

TheF34RChannel
All cryptocurrency needs to crash asap!! Have you seen current GPU prices?

TheF34RChannel
I get it's a grey area, since miners have just as much right to buy products as anyone else. Nevertheless, their purchasing behaviour is ruining it for gamers. And I happen to fall into the latter category so I am not pleased