The UK's competitor to Netflix?

In recent years more and more Britains have decided to abandon their TV licensing fee, cutting their chords to explore the freedoms offered by streaming services, moving away from the set schedules of broadcast television.

The BBC and ITV have decided to combat streaming services head-on, creating BritBox UK, a new service which will provide an "unrivalled collection of British boxsets and original series, on demand, all in one place". The service will include classic BBC and ITV Boxsets, as well as commissioned content that is exclusive to the service.

BritBox is set to go live in the second half of 2019, with several reported claiming that the service will cost £5 per month. ITV has confirmed that they will spend £25 million in the venture and a further £40 million in 2020, though at this time it is unknown how much the BBC will invest.

Right now, BritBox is already available in the US and Canada and boasts over half a million subscribers. BritBox will not replace BBC iPlayer or ITV's Hub catch up services. 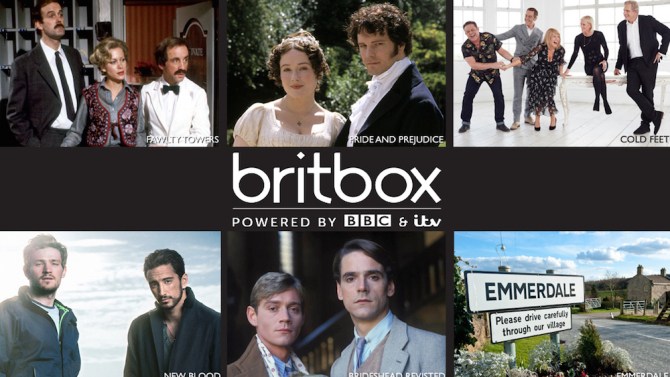 Britbox is designed to act as a permanent library of BBC and ITV content, which can be viewed at any time, anywhere.

You can join the discussion on the BBC and ITV creating the BritBox streaming service on the OC3D Forums.

Chopper3
Quote:
The issue with shows such as that in today's world is that it lampoons a certain kind of ignorant, but dangerous, fool so well that those people came to like it and even identify with it. Which is better, to not satirise racists or to accidentally feed their cretinous views?

You can buy it on Amazon if you need.Quote

dazbobaby
You've got to laugh right.

Britbox by the BBC and ITV, and it's already available in North America but not the UK.Quote

AlienALX
Quote:
Or maybe people could gain the intelligence needed to realise that he was supposed to be an irritable racist old goat and that is why it was funny? You know? Something so ridiculous it's funny?

I'm pretty sure that's the point the show was making. Kind of like the racist policeman scene in The Young Ones?

There is such a thing as using political situations in life to create humour you know?

I'm not going to call you a snowflake like some of the bigoted racist Tommy Robinson supporters that used to be on Facebook but people need to realise that things like Alf Garnett are history and that's just how it was then. And we learn from our mistakes, instead of teaching children that it never happened in the first place and thus, a repeat of the same mistake?Quote

Warchild
That is one hell of a cringeworthy name for a streaming provider...Quote
Reply