ASML is the unsung hero of today's technology race. Regular readers will have read about EUV technology, and how it will power the next generation of lithography nodes and the products that use them.

TSMC's 7nm+ and Samsung's 7nm lithography nodes both make use of ASML's EUV machinery. This makes AMSL the company behind the next generation of CPUs, graphics cards and other products that extend from smartphones to IoT devices. With this in mind, it is easy to see why ASML has record-breaking sales this quarter, receiving orders for 23 Extreme Ultraviolet (EUV) Lithography systems.

In Q3 2019, AMSL received €3 billion in net sales, achieved a 43.7% gross margin and generated a net income of €627 million. EUV manufacturing is expected to grow significantly in the coming years, especially as next-generation process nodes make wider use of the technology.

So why does EUV matter? The simple answer is that transistors need to get smaller. EUV machines use a tighter wavelength of light than today's DUV (Deep Ultraviolet) lithography technology, enabling finer tolerances and increased accuracy. This, in turn, allows transistors to become smaller. ASML is the first company to sell EUV machinery to leading-edge foundries like TSMC and Samsung.

The use of EUV technology is also expected to be used for memory technology in the future, with Samsung and SK Hynix considering the technology for DRAM manufacturing. This gives ASML a positive financial outlook, as there is no shortage of customers for the company's bleeding-edge technologies.

Next year, TSMC's EUV-powered 7nm+ lithography node is expected to be used to create AMD's Ryzen 4th Generation and EPYC 3rd Generation processors, both of which will utilise AMD's Zen 3 architecture. Next-generation graphics cards from bor AMD and Nvidia are also expected to make use of EUV technologies. 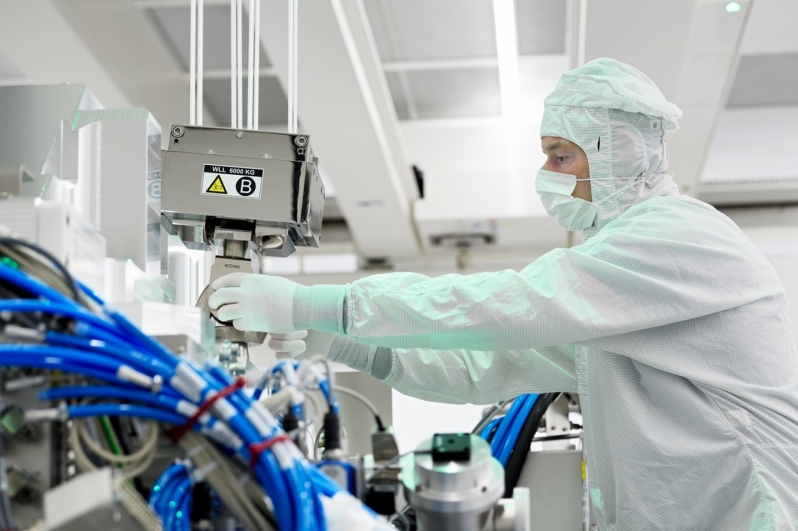 In time, EUV manufacturing will enable next-generation process nodes like 5nm and 3nm, bringing silicon density to new heights while also increasing the efficiency of transistors. Even so, it will take years for these future process nodes to become ready for high-volume production. TSMC announced last week that their 7nm+ node has entered high volume manufacturing.

You can join the discussion on ASML's strong EUV demand on the OC3D Forums.