The system is estimated to deliver 28 PFLOPs of peak performance

The system will feature 5,848 compute nodes, 748,544 total CPU cores and feature a total of 1.57 petabytes of combined system memory. This gives each node access to128 Zen 2 CPU cores over two 64-core AMD ROME processors at 2.2GHz. This means that AMD has just sold almost 12,000 flagship-quality EPYC processors to a single user.

The UK's ARCHER 2 supercomputer will be built by Cray and be deployed at the University of Edinburgh, offering an estimated 28 PFLOPs of peak performance. The system is due to be put into service in May 2020. On May 6th, a period of 30 days of continuous operation will be scheduled to stress-test the system to help resolve any and all issues before the Supercomputer enters full service. The original ARCHER Supercomputer will end its operations on February 18th 2020, after which the UK's ARCHER 2 system will be installed.

Right now, it is estimated that the ARCHER 2 will be able to offer an 8.7x performance boost for CP2K workloads, 9.5x gains for OpenSBLI, 11.3x enhancements for CASTEP, 12.9x boosts for GROMACS, and 18.0x improvements for HadGEM3.

Below are the specifications of the UK's ARCHER2 supercomputer. 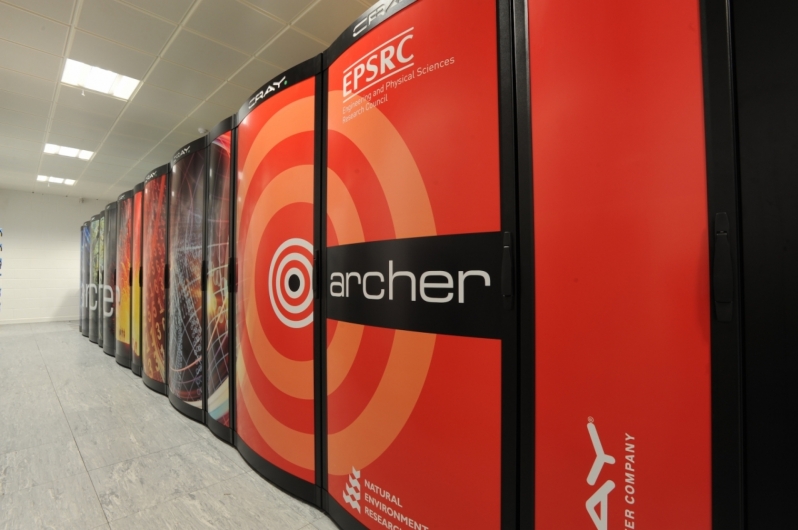 The UK's ARCHER2 Supercomputer is estimated to cost £79 million. This may be the first of many new Supercomputing design wins for AMD.

You can join the discussion on AMD powering the UK's ARCHER2 Supercomputer on the OC3D Forums.

KingNosser
That may all be very nice but can it run crysis ?Quote

The Zealot
That's 11,696 CPUs with 64 cores each. How many wafers is that?! It will certainly be an excellent CPU-based supercomputer, that's for sure.Quote