AMD to join the NASDAQ-100 Index

Investors expect 2019 to be a strong year for AMD

AMD to join the NASDAQ-100 Index

Since the launch of Ryzen in 2017, AMD's financial outlook has changed at a fundamental level, bringing the company back into profit while enabling them to invest more into R&D and future product developments.

While AMD recent earnings forecasts are lower than expected, the company has seen a lot of positive growth in recent years, thanks to the introductions of Ryzen and EPYC as well as continued royalties from console chips. This success has garnered enough interest to bring AMD into the NASDAQ-100 share index, a change that will come into effect on Monday, December 24th.

With the release of Ryzen 2nd Generation processors and the reveal of the companies upcoming 7nm CPU and GPU offerings, 2018 has been a strong year for the company, pointing towards a 2019 that is set to make the CPU market even more competitive, thanks to AMD's Zen 2 CPU architecture and the company's use of cutt0ng-edge 7nm lithography.

Below is a comment from AMD's senior vice president of Worldwide Marketing, Human Resources and Investor Relations, Ruth Cotter.

2018 has been another exciting year for AMD as we delivered new high-performance computing and graphics products for the gaming, PC and datacenter markets,

Joining the NASDAQ-100 Index further demonstrates the progress we’ve made in recent years to transform the company, execute our long-term strategy and deliver a robust product and technology roadmap. 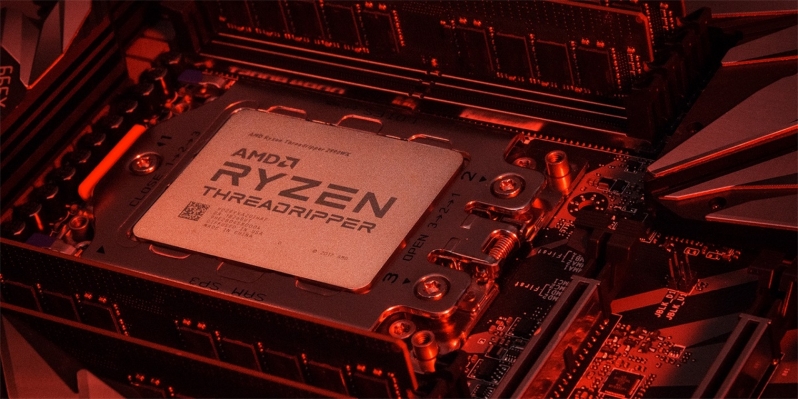 While AMD's Q3 2018 results were lower than expected, mostly thanks to the cryptocurrency crash and related GPU demand, the company has been able to increase their margins and deliver strong profits for the chipmaker. AMD's growth has not been as explosive as some have expected, but it is nevertheless a step in the right direction for the company.

Over the next few years, AMD is expected to continue to make headway into the Datacenter market, with the release of their Zen 2 EPYC processors acting as a potential turning point for the manufacturer. New consoles are also expected from both Microsoft and Sony, which will deliver huge spikes in AMD's semi-custom revenues when each of these consoles launches, bringing more money into the company.

You can join the discussion on AMD joining the NASDAQ-100 Index on the OC3D Forums.