AMD plans to take advantage of both next-generation nodes

AMD's Zen 2 architecture takes the company's processors in a brave new direction, transitioning further away from the monolithic approach of older CPU designs and fully into the era of multi-chip processing.

This move has also seen AMD utilise silicon from multiple manufacturers within a single product, with both AMD's EPYC 2nd Generation processors and Ryzen 3rd Generation processors employing TSMC 7nm CPU cores and an I/O die that is manufactured using Globalfoundries' 14nm node. This step opens up many options for AMD moving forward, offering a level of versatility that wasn't possible with the company's older products.

Sources over at Semi Wiki have claimed that AMD plans to split their manufacturing between Samsung and TSMC when they move to 5nm, with both manufacturers being expected to reach volume production within a similar timeframe. TSMC was the earliest to 7nm, forcing AMD to go all-in on TSMC's node, but Samsung will be better prepared to take on TSMC with 5nm, assuming everything goes to plan.

With regards to future process nodes, AMD plans to keep their options open, taking full advantage of the competition within the semiconductor industry to select the best nodes for their products and secure fair pricing. At this time it is expected that AMD will split product lines between each manufacturer, depending on the specific needs of their future products. 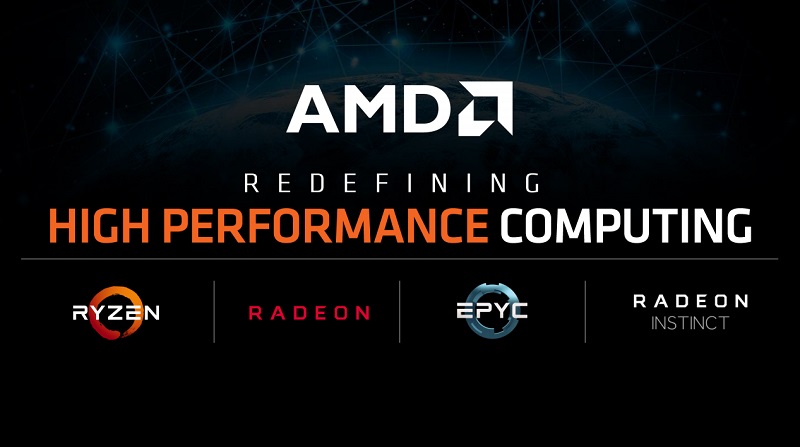 Next-generation 5nm lithography nodes from TSMC and Samsung are expected to enter volume production within a similar timeframe and deliver similar performance characteristics, giving AMD the opportunity to take advantage the competition between Samsung and TSMC in the leading edge foundry space.

You can join the discussion on AMD's plans to tap both TSMC and Samsung for 5nm on the OC3D Forums.

NeverBackDown
Smart move from a business perspective. Get even better pricing and since AMD already is cheaper than Intel it can either lower cost further or maintain same prices for better margins, which wouldn't be bad as they need all the money they can get in the GPU space.

this just begs the question of quality/parity between the CPUs since they will be using different manufacturers.Quote

grec
Dual sourcing is regularly used by NVidia & AMD to be fair, there's never any issue of quality of parity because they choose the foundry on a per-product basis, the only primary exceptions of dual sourcing being used for the same IC is with Apples SoCs. However other parts like Vega's interposer were still multi-sourced. For Pascal, NVidia used Samsung for their lower end cards & TSMC for the high end. AMD planned to dual source on 7nm but then GloFlo's 7nm vanished, while Samsung doesn't have a first gen 7nm and is instead waiting for EUV to mature, so 7nm being single sourced has been more of an exception than a rule.

Dual sourcing is actually pretty expensive business especially given many foundrys competing nodes arn't directly compatible/portable with each other, some times even with a fully complete design it could take many many months of reconfiguring it to suit a different node, but it's kinda necessary when the stakes & costs are this high, planning to single source is kinda suicide as any little delay could ruin & knock off your whole product line for years, just look at Intel.Quote

WYP
Quote:
Yeah, AMD is likely to be using different nodes on a per product basis. AMD wouldn't waste the money for making a single product on two nodes unless it was an absolute necessity.

The only case AMD has done this in recent history is dual sourcing GlobalFoundries and Samsung, as their 14nm nodes are basically the same thing. As GF Licensed Samsung's node for 14nm.

AMD is right to keep their options open with 5nm, as Globalfoundries has shown everyone that you shouldn't rely on a single source for a new node. Thankfully TSMC and Samsung have the money behind them to keep them in the Leading Edge silicon race, but it is sad to see only two companies at the top these days. Intel doesn't really count, seeing as they only really produce parts for themselves.Quote
Reply