AMD's overreliance on TSMC is hampering the company's growth prospects

AMD's overreliance on TSMC is hampering the company's growth prospects

AMD's annual revenue grew by 45% in 2020, and the company is now in a stronger market position than ever, but their reliance on TSMC has hampered its growth. AMD's Zen 3 architecture has placed AMD into a strong market position within the desktop, mobile and data centre markets, but their inability to access additional 7nm manufacturing space has prevented AMD from capitalising on their latest innovations.

Right now, AMD cannot supply enough of its high-end products to meet demand. The company's latest Ryzen 9 5000 series processors remain out of stock in most regions, and retail stocks of their Radeon RX 6000 series GPUs are practically non-existent. AMD's console partners, Sony and Microsoft, are also struggling to keep up with the market's demand for their latest consoles, which also utilise TSMC's 7nm node.

AMD's manufacturing capabilities all rely on TSMC's 7nm lithography process, leaving its growth potential in the hands of TSMC and their 7nm fab capacity.

In 2020, demand for computing and gaming products exploded, with national lockdowns happening across the world. These factors forced many families to purchase new electronic devices, upgrade their PCs and invest in more home entertainment products. In addition to this, many businesses needed to adapt to new work from home schemes, which required even more investment in PCs and notebooks. While AMD was able to sell more processors than before, they could not make enough chips to meet the market's demands.

Intel, AMD's main rival within the CPU market, controls its manufacturing facilities, allowing them to better react to the COVID-19 pandemic. Intel gained market share by having processors that were more readily available than their rival, allowing Intel to take better advantage of the growing market. 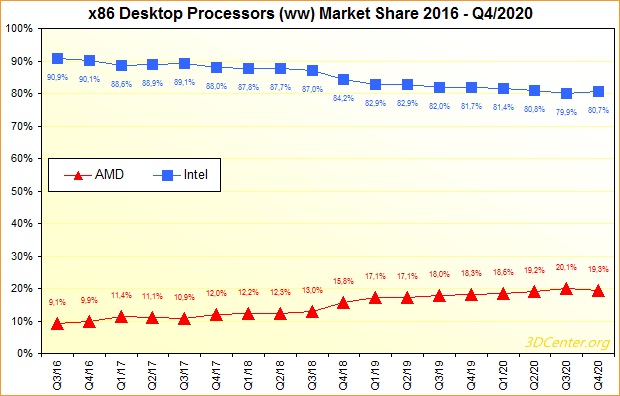 While AMD predicts revenue growth of 37% in 2021, this growth is smaller than we would expect from a company that literally cannot keep its products on store shelves. AMD will see its semi-custom revenues boosted with the sale of new Xbox and PlayStation consoles, and the company has returned to competitiveness within the high-end GPU market for the first time in half a decade.

AMD cannot supply enough chips to keep any of their high-end products on store shelves, and that will result in lost sales. Had AMD had access to more fab space, the company could produce more chips and generate more sales by having more sellable products on the market. AMD's overreliance on TSMC's 7nm node is hurting them. This is also a problem for TSMC, as their lack of 7nm fab space gives their competitors more room to grow and is leaving demand/money on the table.

What should AMD do?

In the short term, AMD cannot do anything to boost their manufacturing capabilities. AMD has designed its products with TSMC's 7nm node in mind, and moving those products to a competing foundry will prove challenging.

In the future, AMD will need to consider diversifying its product stack, utilising competing nodes from the likes of Samsung to manufacture some of its products. This gives AMD two places where they could increase its chip supply should they need to, giving the company more room to grow. AMD could start manufacturing mobile-focused chips with Samsung, allowing AMD to move some of its wafer allocation from TSMC to other product lines. That said, such a move takes time, and will likely come during AMD's next product release cycle.

When AMD moves to 5nm with their next-generation Zen 4 architecture, AMD will no longer be reliant on 7nm for the bulk of their manufacturing. This will allow AMD to continue producing 7nm silicon to create lower-end products while focusing their 5nm wafer allocations on their top-tier offerings. This will place less strain on AMD's manufacturing, as they will not be using a single lithography node for the bulk of their processors.

TSMC has invested into increasing its fab space for future lithography nodes, as TSMC will be limiting its own growth if they allow this situation to repeat itself with 5nm. 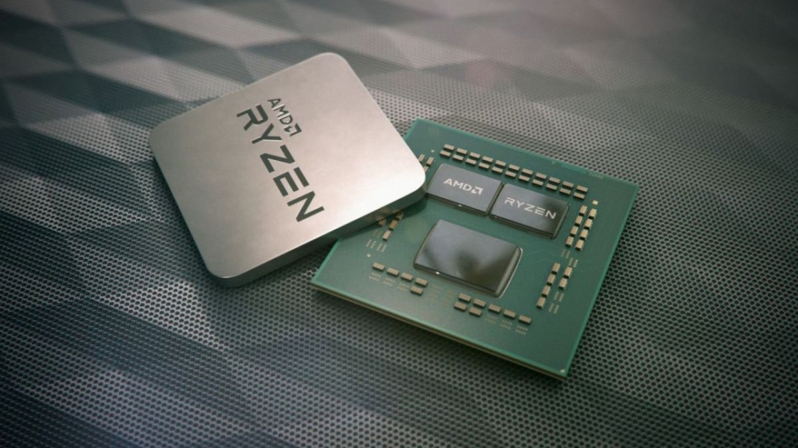 While Intel's continued reliance on their 14nm node is a meme amongst PC builders, it is hard to deny that Intel's control over its own manufacturing has allowed them to take advantage of today's growing market.

Intel has the ability to react to changes in demand in a way that AMD cannot, allowing them to grow despite the strength of their competition. In a growing market, the winner is whoever can supply enough chips to meet demand. AMD can't sell more chips unless they can produce more chips.

You can join the discussion on AMD's overreliance on TSMC hampering its growth on the OC3D Forums.

NeverBackDown
To be fair every industry is reliant these days on the circuit fabrication industry. Automakers are slashing revenue targets and they typically aren't using the latest and greatest nodes available.

What hurt the world market supply is GF giving up trying to lead the industry. If they were able to compete better then we could potentially have less issues with supply today. But that's all hypothetical.Quote
Reply