AMD's investing heavily in its future, and that's a good thing

Research and Development is the lifeblood of every technology company, and while Ryzen and RDNA were developed on shoestring budgets, AMD knows that it needs to invest where it counts if it wants its success to continue.

AMD's main concern right now is to ensure that its success continues in the coming quarters, which means that the company cannot allow its R&D efforts to fall behind. AMD needs a strong hardware roadmap to continue competing with both Intel and Nvidia, both of which have the ability to outspend AMD. Strong IP and continuous generational improvements will help AMD to continue its positive growth, but as its CPUs and GPUs become more complex, more and more effort will be required to continue pushing the performance envelope. 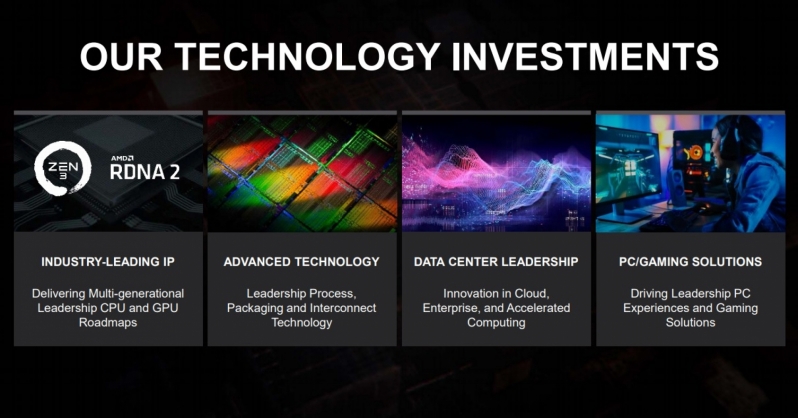 AMD's original Zen architecture released in Q1 2017 and that quarter saw AMD spend $271 million on R&D. In Q1 2020, AMD has spent $442 million, representing an increase in spending of over 60%. That's how far AMD has come since the release of Zen.

AlienALX
Quote:
I think that would cost more than they have tbh.

IDK how much they paid Keller, but they had to be able to afford it. He literally gave them a gift tbh.

I bet Intel had to pay him a lot more

g0ggles1994
Quote:
I swear Kellar just hops company to company dropping golden eggs with each one

looz
Awesome, hopefully they'll manage a similar comeback in GPUs as they did in CPUs. Or at least keep competition on its toes.Quote