2019 has been incredibly successful for AMD, with the release of 3rd Generation Ryzen and 2nd Generation EPYC acting as significant turning points for the company, securing the company's position as a high-end manufacturer of PC hardware.

One of the most impressive things about AMD is how the company has been able to challenge their rivals on a shoestring budget, with Intel often earning 10x more than AMD while producing products with higher profit margins. When it comes to financial horsepower, AMD shouldn't be able to compete with Intel. This factor makes AMD's recent rise all the more astounding.

AMD's main concern right now is to ensure that its success continues in the coming quarters, which means that the company cannot afford for its R&D efforts to fall behind. AMD's R&D spending has remained mostly unchanged since Q3 2018, mostly thanks to limited growth and the company's focus on Zen 2's launch. Thankfully, AMD's 7nm success has enabled them to start investing more into its research efforts, with Q3 2019 seeing an 11.8% increase in year-over-year (YoY spending).

In Q4 2019, AMD expects to generate revenues of $2.1 billion, representing a $300 million boost in revenue over Q3. Combine this with higher gross margins, and AMD is likely to spend even more on R&D in Q4. This will fund the development of future CPU/GPU architectures and other products. 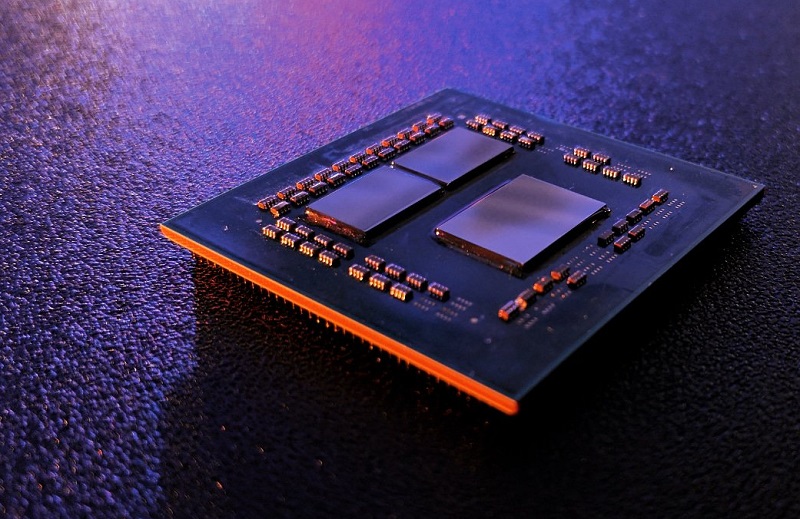 AMD's original Zen architecture released in Q1 2017 and that quarter saw AMD spend $271 million on R&D. This quarter, AMD spent $406 million, representing an increase of almost 50%. That's how far AMD has come since the release of Zen.

Giggyolly
I'd love to see some exploration into GPUs built on a chiplet design, even if it's just for compute.
They could easy (physically speaking) stitch 4x 158mm^2 RX 5500 dies together for a 88 CU monster (or more), and have the package size not too dissimilar from a 495mm^2 Vega 64.
It also wouldn't suffer from as much yield issues on monolithic dies.Quote

tgrech
Quote:
There's a fairly in-depth research article commissioned by NVidia a little over a year ago on the challenges around MCM GPUs that's still pretty relevant:
https://research.nvidia.com/sites/de...017_MCMGPU.pdf

But AMD are clearly on a path to addressing one of the key issues: Inter-chip bandwidth (Which is orders of magnitudes greater than required for CPUs).Quote
Reply