The second half of 2020 is going to be a busy time for AMD. During their Q2 2020 financials call, the company confirmed that they planned to release four new product lines. These product lines include Zen 3 client (Ryzen) processors, RDNA 2 discrete graphics cards and CDNA-powered datacenter/server GPUs. In addition to this, AMD also plans to ship Zen 3 EPYC (Milan) processors in late 2020.

If you have heard any rumours of a Zen 3 delay or a next-generation Ryzen/EPYC slipping into 2021, know that AMD has no intention of letting that happen. New Ryzen, Radeon and EPYC products are due to arrive later this year, though a product delay is always possible due to unforeseen circumstances. 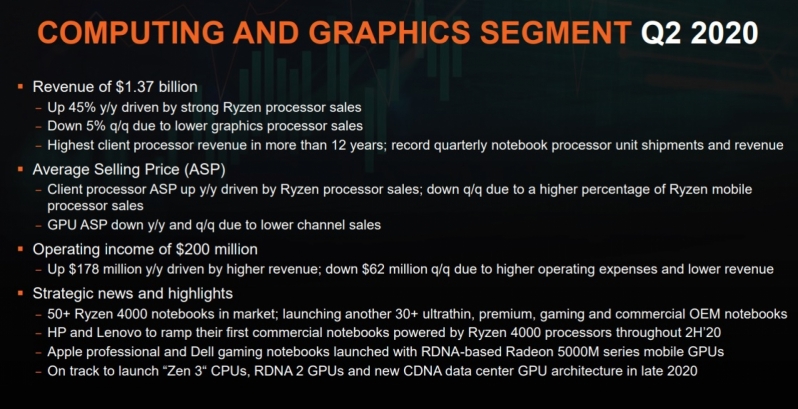 With EPYC, AMD has noted that they plan to "ship" Zen 3 EPYC processors in "late 2020", using different wording than their Client Zen 3 and Radeon offerings. With Zen 3 Client processors, RDNA 2 and CDNA, AMD has used the world launch, whereas EPYC uses the phrase "ship". This suggests that Zen 3 EPYC processors may not see wider availability until the start of 2021.

Regardless, AMD remains committed to shipping its new products to customers this year, which is great news for both the CPU and graphics markets. Zen 3 will deliver further performance and efficiency improvements to AMD's Ryzen and EPYC product lines while RDNA 2 and CDNA will deliver Radeon increased performance levels and deliver new features to both gamers and datacenter users. Unlike Intel, it looks like AMD will be able to execute its roadmap without any delays. 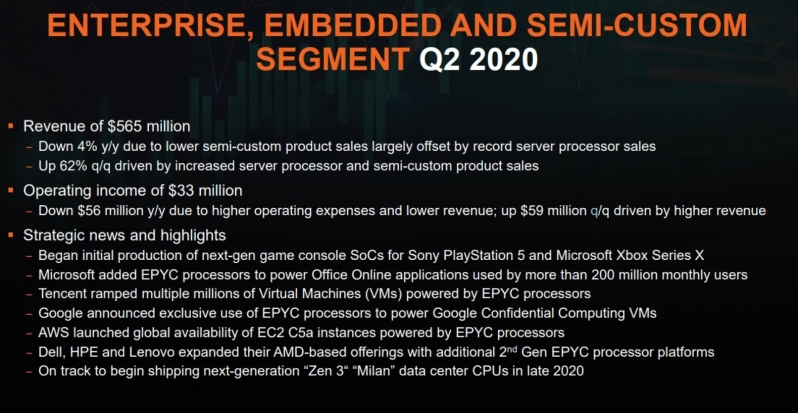 You can join the discussion on AMD's plans to ship/launch Zen 3 Ryzen/EPYC, RDNA 2 and CDNA in 2020 on the OC3D Forums.