AMD branches out into the world of ... cycling?

You can get an AMD branded bike for a lot less than an RTX 3070.

AMD branches out into the world of ... cycling?

While Nvidia has been busy unveiling its RTX 30 series of Ampere-powered graphics cards, the folk over at AMD have been busy entering an entirely new product category, cycling!

That's right, AMD has started selling bicycles, offering customers on their Fan Store the chance to purchase AMD Branded Custom Cruiser and Mountain bikes for $299. So far, AMD's Fan store has been dedicated to AMD branded clothing, sticker packs and little else. Outside of that, AMD also offers co-branded AMD/Mercedes-AMG Petronas Metal Water Bottles and Backpacks.

At this time, it is unknown why AMD have created branded bicycles. It is possible that AMD has made these bikes to help promote fitness amongst its employees, and that the company had decided to offer these bicycles to its fanbase like many of its other branded items.

AMD fans outside of the United States will be unable to purchase one of the company's branded bicycles due to the company's shipping restrictions. These restrictions do not apply to AMD's other Fan Store products. 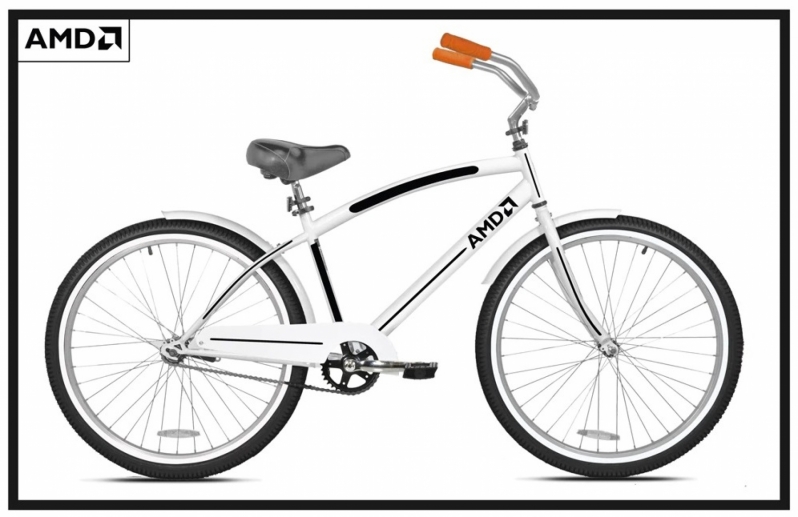 You can join the discussion on AMD creating "custom" branded bicycles on the OC3D Forums.

Greenback
They should of gone white and red, Tom would of bought both models,Quote

VladyCzech
So AMD is trying to catch Nvidia on bicycle now?


Or maybe they left the GPU business after Nvidia Ampere reveal?Quote

Warchild
They haven't created anything. Its just a generic bike with an AMD logo though.

Besides... I wouldn't buy anything that might get driver issues

Quote:
100% correct most likely. We did exactly the same at my old company.Quote

looz
So if I got blackout drunk and drove one of these into a ditch, would that be a faithful representation of a black screen driver issue / crash?Quote

Warchild
Quote:
Imagine riding an AMD bike and then accidentally crashing into a public display which then shows this on the screen.