When making silicon wafers the are a lot of benefits to going big, with increased wafer diameter traditionally offering improved yields, increased production rates and reduced prices.
Today, most major fabs build their products on 300mm silicon wafers, with over 50% of the markets production capacity being on this wafer size. Several years ago a large consortium formed to create the world's first 450mm based fab, with Intel, Samsung, Globalfoundries, TSMC and IBM taking a stake in its development.
The Global 450 Consortium (G450C) was a who's who of the silicon foundry world, with the aim of developing the infrastructure required to deploy 450mm silicon wafers, with aims to increase production capacity and reduce manufacturing costs.
Now a report from Times-Union states that two of the consortium's founding members have now ceased work on the development of 450mm silicon wafers, leaving no clear future for this technology. 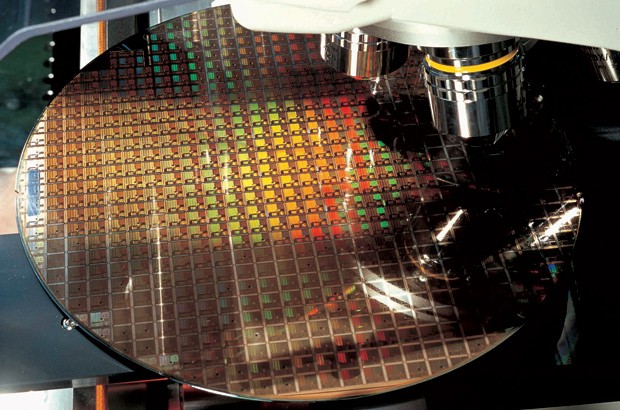 Right now no Foundry has 450mm silicon wafers on their roadmaps, with many seeing the cost of creating and deploying the new standard as too high when compared to the potential cost savings in the long term.

Existing 300mm fabs cannot be upgraded or refitted to support larger 450mm wafers, which when combined with the costs involved to support existing 14/16nm FinFET and smaller manufacturing nodes simply makes the cost of creating 450mm fabs too high for it to be worthwhile.

The development of 450mm silicon wafers is now effectively dead, which means that existing 300mm silicon wafers will continue to be used for the foreseeable future when creating devices like CPUs, GPUs or even memory chips.

You can join the discussion on 450mm silicon wafers on the OC3D Forums.