Intel's 11th Generation of Desktop processors are here, and alongside them comes new, optimised memory modules from Team Group that are designed to enable the highest possible bandwidth levels.

It wasn't long ago that 5GHz+ memory frequencies were world record material, and now these frequencies are becoming available from a wide range of manufacturers. Team Group has tested their new memory modules with Intel's 11th Generation i9 processors with ASRock, ASUS, Gigabyte, and MSI motherboards to ensure stability.

Team Group plans to release their new T-Force Xtreem DDR4 products this May, launching worldwide through the company's partnered retailers. 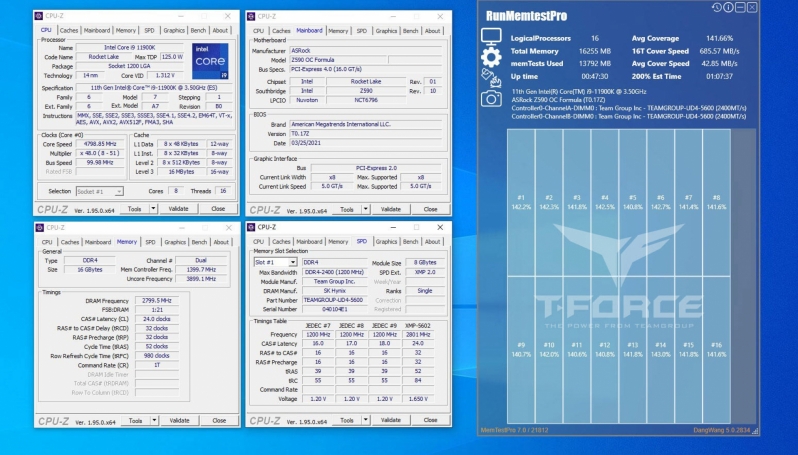 You can join the discussion on Team Group's DDR4 T-Force Xtreem DDR4 memory kits on the OC3D Forums.