This memory will enable the creation of more powerful mobile devices

With speeds of 9.6 Gbps, SK Hynix's LPDDR5T memory is 13% faster than the 8.,5 Gbps LPDDR5X memory that the company revealed in November 2022, which is why SK Hynix has added "Turbo" to the standard LPDDR5 name. These DRAM modules are designed to push forward mobile products while keeping power draw low and battery life high.

SK Hynix has already provided their LPDDR5T memory to customers, giving them 16 GB multi-chip packages that can deliver 77 GB of data per second. For context, a Nintendo Switch had access to 25.6 GB/s of memory bandwidth using its LPDDR4 memory, and a Steam Deck has access to 88GB/s of memory using LPDDR5 memory. A single multi-chip package of LPDDR5T can offer 77 GB/s of data. That alone can make LPDDR5T a gamechanger for future handheld gaming devices and smartphones. 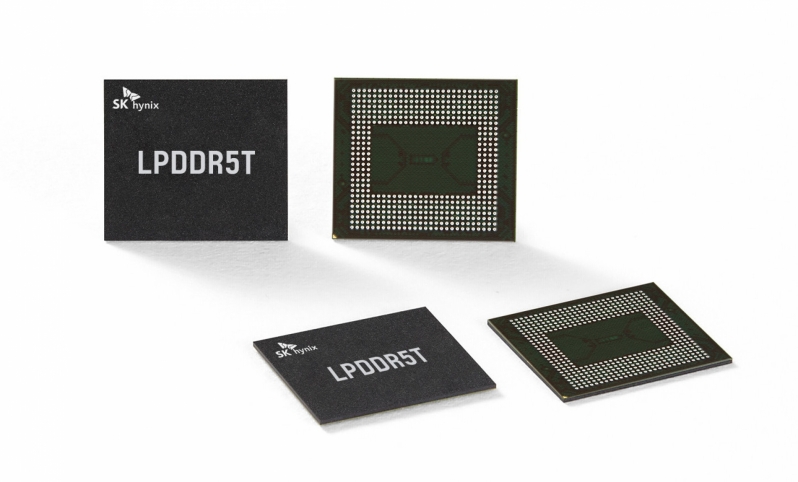 With their LPDDR5T technology, SK Hynix has enabled the creation of more powerful mobile devices by giving manufacturers access to more memory bandwidth than existing LPDDR5 and LPDDR5X modules. With LPDDR5T memory, Valve could create a Steam Deck 2 system that can offer gamers a huge bandwidth upgrade over its predecessor, potentially allowing the handheld to deliver a huge boost to game performance when used alongside a new CPU and GPU.

You can join the discussion on SK Hynix' LPDDR5T 'Turbo' memory on the OC3D Forums.