GDDR6? Nah, this is way faster!

SK Hynix has revealed the world's fastest HBM memory product, promising staggering speeds of up to 460GB/s per memory stack. Each stack can also offer up to 16GB of capacity per stack, offering insane speeds and capacities given its form factor.

For context, Nvidia's RTX 2080 ships with 8GB of GDDR6 memory and delivers 448GB/s of memory bandwidth. Yes, that means that SK Hynix can offer two times as much memory capacity and more memory performance on a single HBM2E memory chip.

Back in March, Samsung announced HBM2E memory stacks which offer 4.1GB/s of memory bandwidth, placing them behind SK Hynix's latest offerings. This memory was already 2x as fast as the HBM2 memory used on AMD's RX Vega 56, a feat which makes SK Hynix's HBM2E offerings appear all the more impressive.

SK Hynix targets mass production of its HBM2E memory in 2020. This is when SK Hynix believe markets for HBM2E memory will to open up. SK Hynix expects customers from the GPU market, creators of machine learning accelerators and other AI chip makers. 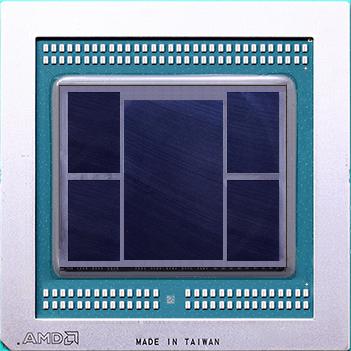 Even in the wake of GDDR6, SK Hynix has confirmed that HBM memory has a future. The company's latest HBM2E memory modules pack more capacity and bandwidth per chip than all but the highest-end GDDR6 memory setups, which is no small feat for such compact, energy-efficient chips.

You can join the discussion on SK Hynix's HBM2E memory modules on the OC3D Forums.

RobM
Wow, that is pretty impressive and if the price is not crazy compared to gddr6 we could see some great cards on the horizon.Quote

demonking
Quote:
If they can make it cheaper there are alot more possibilities than GPU's. A console with an APU would be amazing and the right market for this.Quote
Reply