SanDisk Corporation (NASDAQ: SNDK), a global leader in flash storage solutions, today announced the availability of its 1Z-nanometer (nm) technology, the most advanced NAND flash process node in the world. The 15nm technology will ramp on both two bits-per-cell (X2) and three bits-per-cell (X3) NAND flash memory architectures with production ramp to begin in the second half of 2014.

“We are thrilled to continue our technology leadership with the industry’s most advanced flash memory process node, enabling us to deliver the world’s smallest and most cost effective 128 gigabit chips,” said Dr. Siva Sivaram, senior vice president, memory technology, SanDisk. “We are delighted that these new chips will allow us to further differentiate and expand our portfolio of NAND flash solutions.” 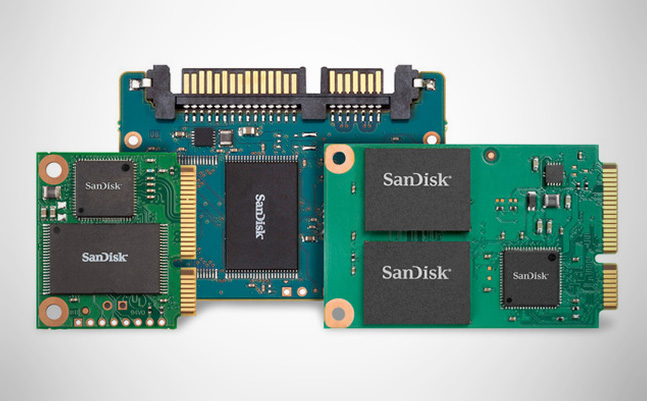 The 15nm technology uses many advanced process innovations and cell-design solutions to scale the chips along both axes. SanDisk's All-Bit-Line (ABL) architecture, which contains proprietary programming algorithms and multi-level data storage management schemes, has been implemented in the 1Z technology to deliver NAND flash solutions with no sacrifice in memory performance or reliability. SanDisk’s 1Z technology will be utilized across its broad range of solutions, from removable cards to enterprise SSDs.

Since SanDisk co-owns NAND flash production facilities with Toshiba, we expect the Toshiba to also shipping 15nm NAND flash to its partners this year. Sandisk and OCZ (an SSD company owned by Toshiba) could launch SSDs based on the new flash as early as Q1 2015.

While a smaller process node is very good for both companies there is still a huge threat posed by Samsung's v-NAND memory, which boasts lower power consumption and higher durability than other flash memory. If the new process node does result in a decrease in the flash's durability Samsung could gain a lot of ground until Sandisk and Toshiba can produce their own v-NAND.

Join the discussion on Sandisk's 15nm nand flash on the OC3D Forums.

MadShadow
Ooh, thats exciting. Is this the smallest flash manufacturing process so far?Quote

WYP
Quote:
Until now i believe the smallest was 19nm. With process nodes getting smaller the durability of the nand decreases, Sandisk say the durability is the same as their previous node but that remains to be seen.

this is why Samsung, a competing nand producer, has gone doen the v-nand route. Toshiba/Sandisk plan to follow suit over the next 2 years.Quote