This announcement comes around six months after Samsung's confirmation that it started producing its 12GB LPDDR5 memory chips, showcasing significant advancements since July 2019. This memory is designed to power next-generation smartphones, notebooks and future 5G and AI devices.

With their 2nd Generation 10nm-class 16GB LPDDR5 memory packages, Samsung hopes to enable device makers to create the next generation of flagship smartphones, with the company's latest 5,500 Mbps modules offering a 1.3x increase in speed over the company's existing 4,266Mbps LPDDR4X modules while consuming 20% less power. With Samsung's new LPDDR5 modules also offering a 2x capacity increase, it is clear to see why Samsung is excited about its latest DRAM technology.

Like all of Samsung's memory announcements, it is unclear when we will see Samsung's latest 16GB LPDDR5 memory packages inside shipping products, as 16GB DRAM modules are only suitable for the most premium of smartphones. That said, these modules will prove useful for future notebooks, smart devices and in automotive computing. 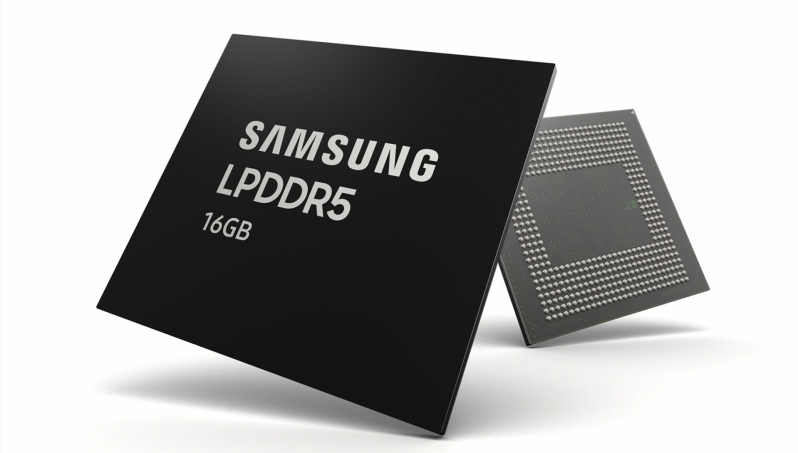 You can join the discussion on Samsung's 16GB LPDDR5 memory modules on the OC3D Forums.

NeverBackDown
Impressive but the speed increase is less important than the power consumption reduction. Just don't think phones would notice a difference.Quote
Reply