Memory and Storage in a single chip

In the mobile market, space and power saving is the aim of the game, and Samsung has created a chip which effectively merges two high-end technologies into one, freeing up space for technological innovation.

During the company's latest tech day, Samsung has revealed a multi-chip package which offers users four LPDDR4X chips and UFS storage on a single package, offering up to 12GB of LPDDR4X memory and an unknown amount of UFS storage. In the smartphone market, this chip can be used to simplify manufacturing and to save space; both of which are important for mass-producing smart devices.

Samsung's LPDDR4X portion of the chip will offer 10GB or 12GB of total memory, merging either four 24Gb (3GB) LPDDR4X chips or two 24Gb chips and two 16 Gb (2GB) chips. Then bring in the chips eUFS storage element, and you have brought both storage and memory into a single package.

Based on what's stated on Samsung's press release, these new memory chips will run at speeds of 4,266MHz, which is the same as Samsung's other LPDDR4X memory chips. 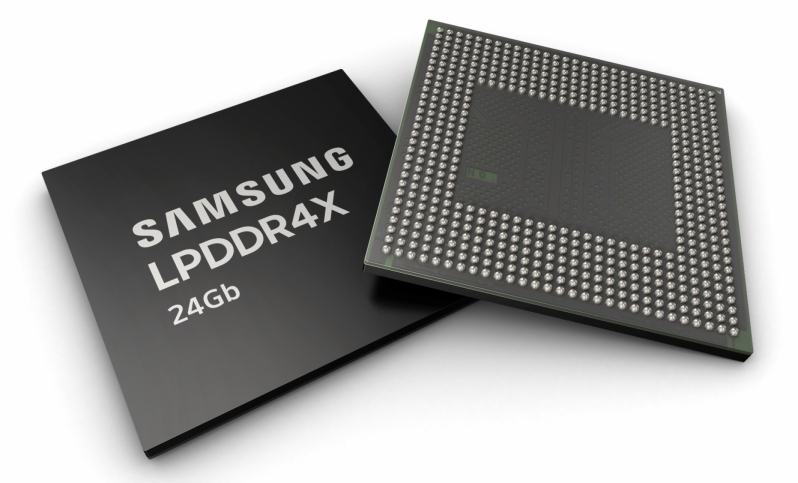 These new multi-chip packages are now entering mass production and are due to be used in future smartphones and other devices.

You can join the discussion on Samsung's merger of LPDDR4X DRAM and eUFS storage into a single package on the OC3D Forums.

NeverBackDown
Oh wow this is actually something I would love to see. This is a phenomenal use of Samsung technology imo. Hopefully the Pixel 5 gets this. I can wait one more year