Up to 48GB of VRAM on a single graphics card?

Samsung has confirmed that they will be supplying Nvidia with their latest 16Gb GDDR6 memory to power the company's upcoming Quadro RTX series of graphics cards, which are set to release this October.

Nvidia's RT series of graphics cards can offer insane frame buffer sizes of up to 48GB, making Samsung an ideal partner for the company. Samsung was the first company to market with 16Gb GDDR6 memory modules, allowing Nvidia to create such a large bank of VRAM on their $10,000 Quadro RTX 8000.

Below is a comment from Samsung's Senior Vice President of Samsung Semiconductor, Jim Elliot.

It’s a tremendous privilege to have been selected by NVIDIA to launch Samsung’s 16Gb GDDR6, and
to have enjoyed the full confidence of their design team in making our key contribution to the
NVIDIA Quadro RTX GPUs. 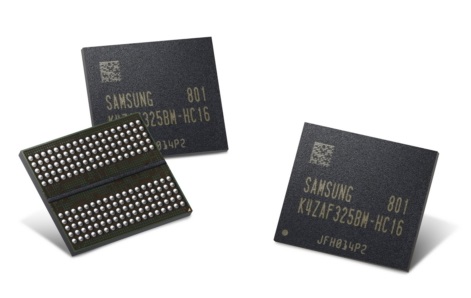 Nvidia's use of large frame buffers will allow end users to create larger models, scenes and data sets than ever before, allowing creators to better utilise the graphical horsepower of Nvidia's latest GPU offerings.

You can join the discussion on Samsung's 16Gb memory powering Nvidia's Quadro RTX series graphics cards on the OC3D Forums.

So, this is rather useless hype.Quote

WYP
Quote:
You forget that this is about Quadro graphics cards, which do need insane amounts of VRAM. There is a reason why enterprise servers have over 100GB of DRAM and consumer PCs only need around 8-16GB. Everything is workload dependent.

Wraith
Quote:
Quadro RTX not Geforce GTX, these things are used for productivity not gaming. not to mention the price difference between consumer level GPUs compared to Enterprise cards is huge.

Piskeante
sorry guys, but i think the news were about samsung producing those chips, not that those chips are in the RTX Quadro.Quote
Reply