Demand for HBM2 is growing

Samsung has announced that they are increasing their production volume of 8GB HBM2 memory chips to meet growing market demand in several markets, including advanced graphics, HPC (high-performance computing), artificial intelligence and enterprise server markets.
The company states that today they offer the highest levels of HBM2 performance, reliability and energy efficiency on the market, offering 256GB/s of memory bandwidth per HBM2 module. Increased production of their 8GB memory stacks will allow users to offer more products with increased memory density, making them better suited to data-intensive workloads.
Below is a comment from Samsung's Executive Vice President of their memory and marketing team Jaesoo Han.

By increasing production of the industry's only 8GB HBM2 solution now available, we are aiming to ensure that global IT system manufacturers have sufficient supply for timely development of new and upgraded systems,
We will continue to deliver more advanced HBM2 line-ups, while closely cooperating with our global IT customers. 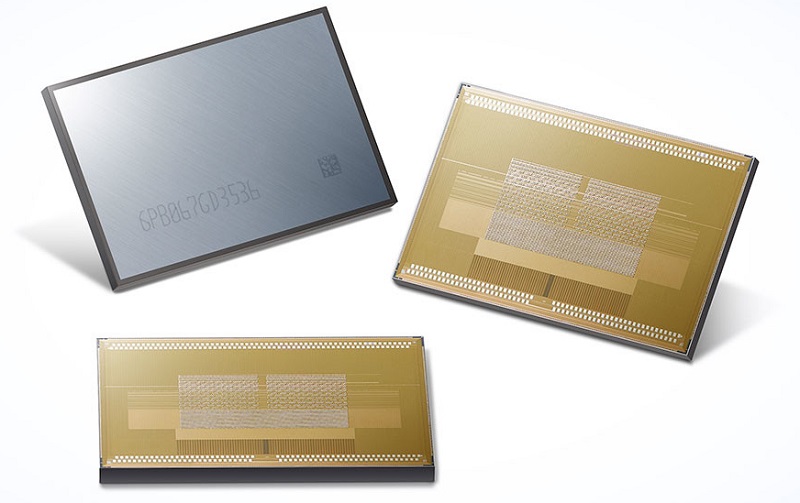 HBM2 is built using an eight 8Gb HBM2 dies together using TSV (Through Silicon Via) technologies, with over 40,000 die-to-die interconnects in a single 8GB HBM2 package.

Right now Nvidia is known to be using HBM2 for their Tesla series of workstation GPUs, though they have never made a consumer-oriented/gaming product with this new technology. Is Samsung upping their HBM2 production in anticipation of increased demand from Nvidia?

You can join the discussion on Samsung increasing the production of their 8GB HBM2 modules on the OC3D Forums.

hdimitrov
Why is only Nvidia mentioned? What about the upcoming AMD RX Vega with HBM2?Quote

WYP
Quote:
Nvidia is known to be using Samsung's HBM2. At the time of writing AMD is only known to have used SK Hynix's HBM memory.

We don't know how this will affect AMD as we do not know if AMD uses Samsung as a supplier for HBM2.Quote

NeverBackDown
I don't understand why AMD wouldn't use Samsung. They are far and away ahead of SkHynix.Quote