DDR5 may be new, but the industry is already working to replace it

At Samsung's 2021 technology day, the company discussed its plans for the memory market, detailing memory solutions that deliver performance levels beyond today's DDR5 and GDDR6 memory types. DDR5 may be new, but that doesn't mean that the industry has no plans to push performance forward once again. There will always be next-generation technologies.

With DDR4 memory, up to 3,200 MT/s speeds are common, and with DDR5 the same with be true with up to 6,400 MT/s speeds. Samsung expects DDR5 memory to scale to 8,400 MT/s speeds with overclocking modules, and beyond DDR5 will be DDR6.

With DDR6, Samsung plans to double the transfer rates of DDR5, with Samsung admitting that DDR6 is in its early stages of development. Currently, the DDR6 specification is due to be finalised in 2024, giving DDR5 a reasonably long lifespan, as it will take years for DDR6 to move from being a standard to being a commercially available technology.

What's the deal with DDR6?

With DDR6, Samsung expects JEDEC modules to support speeds of up to 12,800 MT/s, with overclocking modules extending speeds to up to 17,000 MT/s. These speeds are insane by today's standards, but they will ultimately become necessary as new workloads continue to demand increases in system memory bandwidth.

LPDDR5 memory is currently the most efficient memory available for many mobile devices. Valve's Steam Deck handheld gaming PC is one of the most high profile PC products to use the standard. While LPDDR5X memory will push things even further, Samsung has plans to launch faster LPDDR6 memory in the future.

LPDDR6 should be able to achieve 17,000 MT/s and offer a 20% efficiency boost compared to LPDDR5X, adding more performance and power efficiency into the mix. Samsung plans to mass-produce its LPDDR5X memory in early 2022, which means it will be a while before LPDDR6 memory becomes a real-world product.

GDDR6+ and GDDR7 - The next level of graphics memory

GDDR6 memory is the technology that underpins most modern graphics cards, including AMD's Radeon RX 6000 series and much of Nvidia's RTX 30 series product line. For high-end graphics cards, high-performance memory solutions are critical, so much so that AMD's latest GPUs have invested in new caching technologies (Infinity Cache) to lessen the strain on their GDDR6 memory subsystem. Thankfully, Samsung plans to launch faster memory technologies soon, boosting GDDR6's speeds from up to 18,000 MT/s to up to 24,000 MT/s with what they call GDDR6+.

Samsung is already working on GDDR7 memory, planning to increase its memory throughput to 32,000 MT/s. GDDR7 has no firm release schedule, suggesting that the technology is in early development and is years away from release.

Samsung has confirmed that they plan to mass-produce 800 GB/s HBM3 memory chips in Q2 2022, offering more bandwidth to AI workloads and other use cases that demand extreme levels of memory bandwidth.

You can join the discussion on Samsung's memory plans on the OC3D Forums. 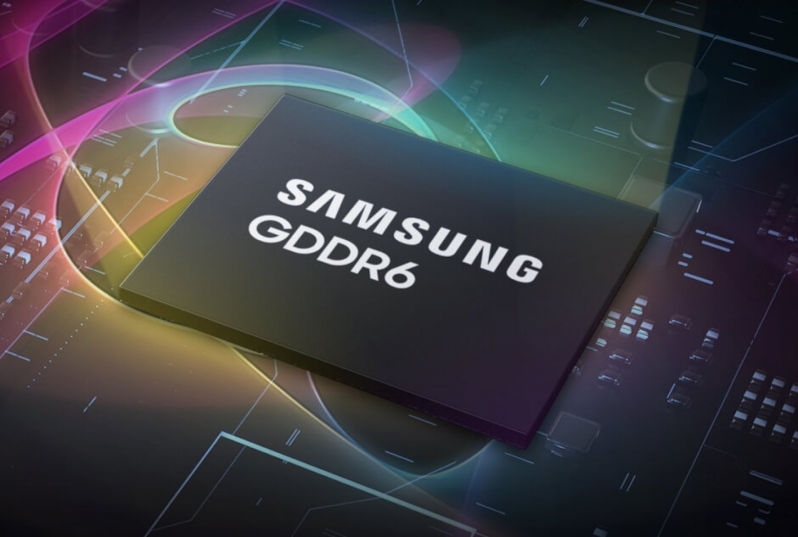 NeverBackDown
As data becomes more dense so will memory needs. PC hobby is on track to get a lot more expensive over the next decade.Quote

Warchild
Quote:
As if its not already over priced.Quote