RAMBUS reveals their planned specifications for HBM3 and DDR5 memory

7nm memory which will offer some insane levels of bandwidth!

RAMBUS reveals their planned specifications for HBM3 and DDR5 memory

Memory speeds are becoming increasingly important in modern PCs, with workloads continuing to grow more complex in both the consumer and HPC markets. RAMBUS in a surprise announcement has revealed some of their planned specifications for DDR5 memory and HBM3 memory, with basic overviews of their DDR5 spec already being available to view.

HBM3 will be a direct replacement of HBM2 and offer a 2x speed increase over HBM2, making HBM3 around 4x more faster than HBM1. DDR5 is also expected to provide a 1.5-2x increase in memory bandwidth over DDR4, giving these two new memory standards significantly more throughput than their predecessors.

RAMBUS has labelled both HBM3 and DDR5 as 7nm architectures, which means that both standards should not be expected to release before 2019. Even then, 2019 is an optimistic estimate, with 2020 being a more likely release timeframe. 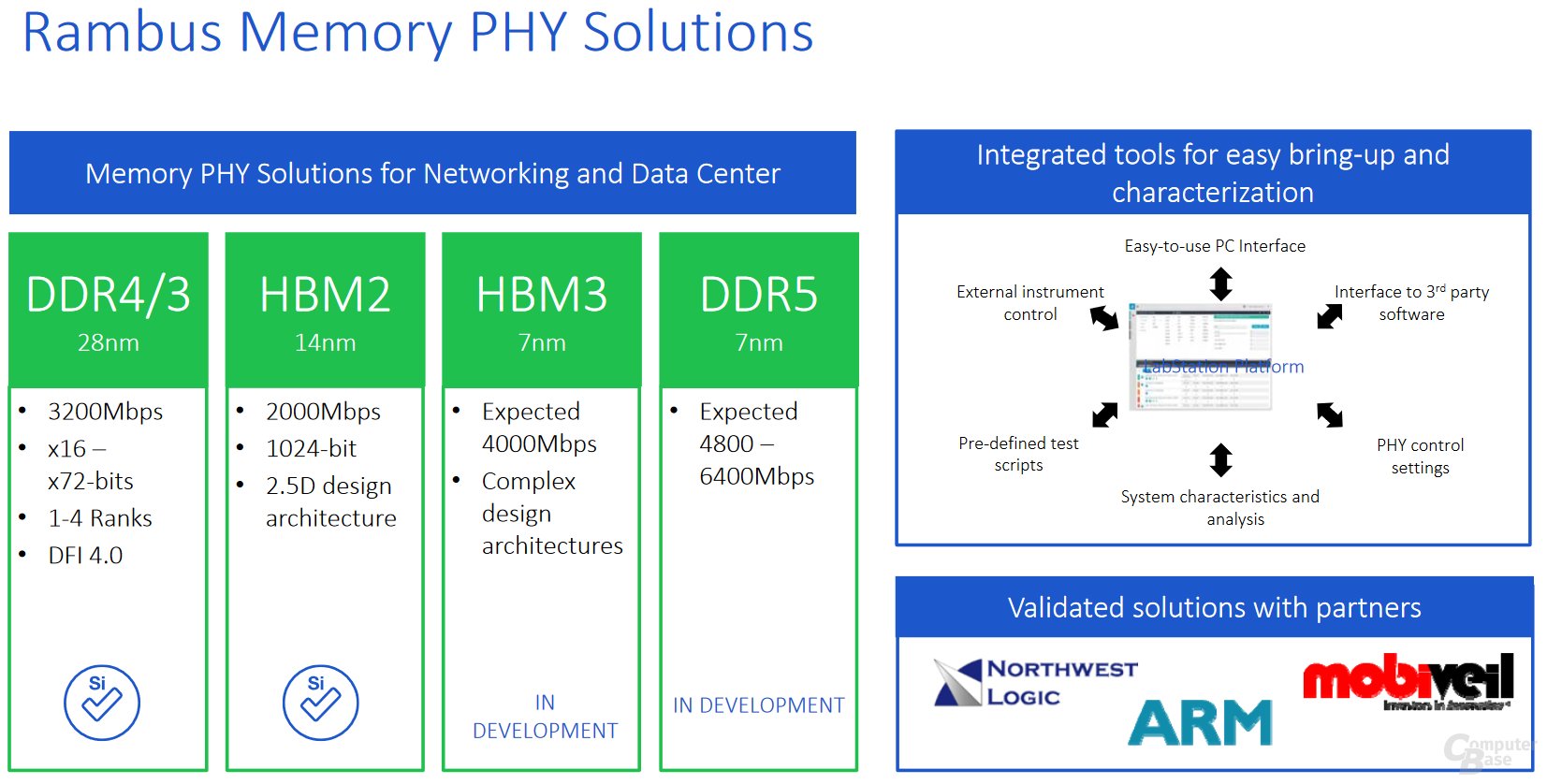 With this announcement, it is clear that both DDR4 and HBM2 still have a lot of life in them, though at least there is now a clear roadmap to replace both standards in time.

You can join the discussion on RAMBUS' planned specifications for both HBM3 and DDR5 memory on the OC3D Forums.

NeverBackDown
Hopefully AMD doesn't jump ship and plan to use these and then make us wait for a new GPU for 2 years. They always jump the memory bandwagonQuote

WYP
Quote:
AMD doesn't mention "next generation memory" in their roadmaps until after Navi, so it will take a while for AMD to move to something that is faster than HBM.Quote

NeverBackDown
Quote:
Yeah was just basing it off history. They tend to do this. Nvidia takes the faster approach and look where they are nowQuote

WYP
Quote:
What Nvidia has done well in recent years is compression, getting more out of less memory bandwidth. Using Delta colour compression and other technologies to lower bandwidth requirements. There is a reason why the R9 290X needed a 512-bit memory bus and the GTX 780Ti needed a 314-bit bus.

AMD is only starting to catch up in this regard. Nvidia is also ahead of the game when it comes to rasterization, eliminating certain (invisible) tasks before any bandwidth or clock cycles are wasted on it. AMD is only now catching up with DSBR in Vega.

AMD excels when it comes to pure compute performance, but Nvidia has a lot of underlying technology that has helped them get a lot more from less. This has allowed them to get more from cheaper chips, increasing their margins and delivering appealing power characteristics in many workloads.Quote
Reply