G.Skill has showcased what they are calling the "world's fastest" dual channel memory kit, offering speeds of 5066MHz using Samsung 8Gb memory ICs, surpassing 5GHz on what will become a commercial memory kit.

This extreme memory kit was shown on an MSI Z370I Gaming Pro Carbon motherboard with an Intel i7 8700K processor, operating at the G.Skill booth with timings of CL 21-26-26-54, which are pretty low timings considering the insane speeds offered by this memory kit.

Moving down to lower memory speeds, the company has decided to create a kit with the "Ultimate Combination of Frequency and timings", delivering a 4800MHz memory kit with CL 17-17-17-37 timings. This kit is based on Samsung B-Die memory and showcases the lowest latencies possible at such a high frequency. This kit was demoed on an ASUS ROG Maximus X APEX motherboard. 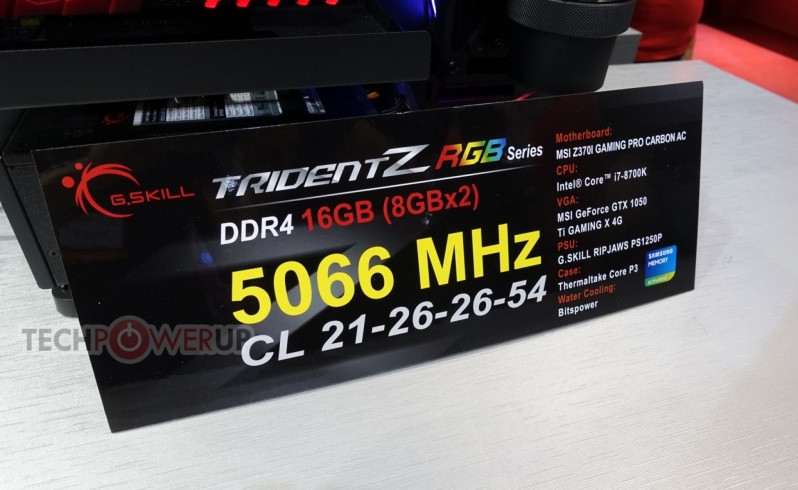 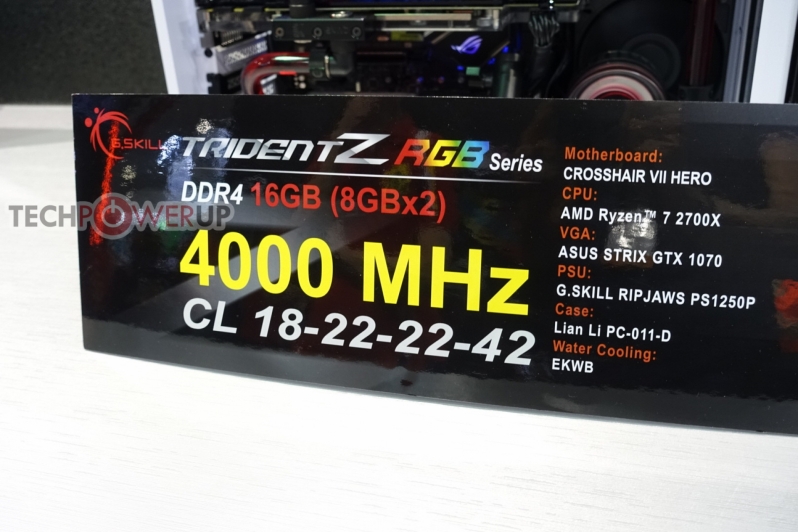 If G.Skill wanted to show anything at Computex, it was that they want to be known as the memory market; s top dog, delivering the fastest memory kits, extremely low timings and the ability to offer high memory speeds across both Intel and AMD CPU platforms.

You can join the discussion on G.Skill's 5066MHz memory kits on the OC3D Forums.

NeverBackDown
Wonder how Ryzen would react to a 5ghz kit.. that's if it worked of course lolQuote

WYP
Quote:
It would be interesting to see what would happen in infinity fabric speed was up that much. Then again we already see diminishing returns past 3200MHz.Quote

Bartacus
Quote:
LOL, of course it wouldn't work. People can barely get 3600 running on 1st gen Ryzen, myself included.Quote
Reply