Ryzen 2nd Gen compatible memory with speeds of up to 3600MHz

One of the key upgrades to AMD's Ryzen 2nd Generation 2000 series processors is in its integrated memory controller (IMC), allowing AMD's latest processors to support higher speed DDR4 memory with less hassle than their last-generation counterparts.

Thanks to the upgrade, G.Skill has been able to release new Ryzen optimised memory kits for 2000-series Zen+ CPUs, offering speeds of between 3200MHz and 3600MHz that are designed to take advantage of AMD's latest X470 chipset motherboards.

These new memory DIMMs will ship under the Trident Z RGB and Sniper X banners, with applicable kits being labelled with Ryzen branding and model numbers that end with TZRX for Trident Z memory.

G.Skill has tested these new memory kits on a Ryzen 2700 processor on ASUS' Crosshair VII Hero motherboard, with the screenshot below showcasing Trident Z RGB memory running at 3600MHz with 18-22-22-42 timings. 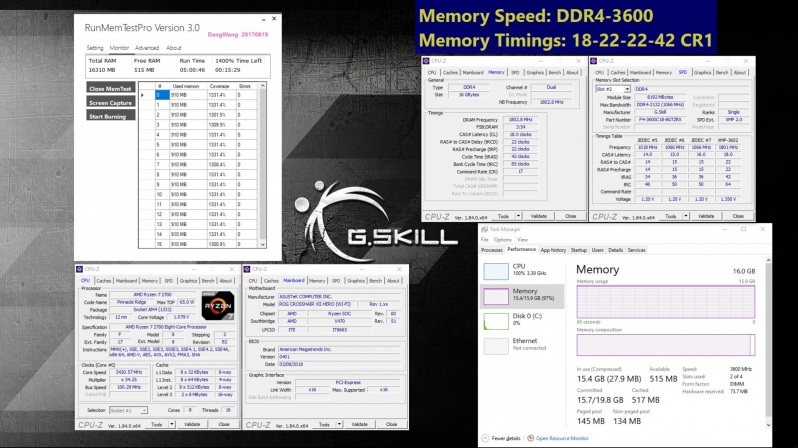 You can join the discussion on G.Skill's new Ryzen enhanced DDR4 memory modules on the OC3D Forums.