When DDR4 was first launched alongside Intel’s Haswell-E/X99 platform, the biggest complaint among the enthusiast crowd was that it offered little performance and capacity improvements over DDR3 memory despite costing a significant amount more than a lot of the DDR3 memory on the market.

DDR4 manufacturers were quick to point out that performance and capacities would improve, but we weren’t exactly given any timelines on when this will would happen.

According to a recent press release from G.SKILL, they have begun shipping their latest Ripjaws 4 series memory kits at up to 3,333MHz, making G.SKILL one of the first memory manufacturer to offer memory with significantly higher speed than DDR3. Up until now, the fastest DDR4 modules available for purchase were DDR4 2,800MHz modules, but speeds of up to 3300MHz have been announced by some manufacturers, like Corsair. 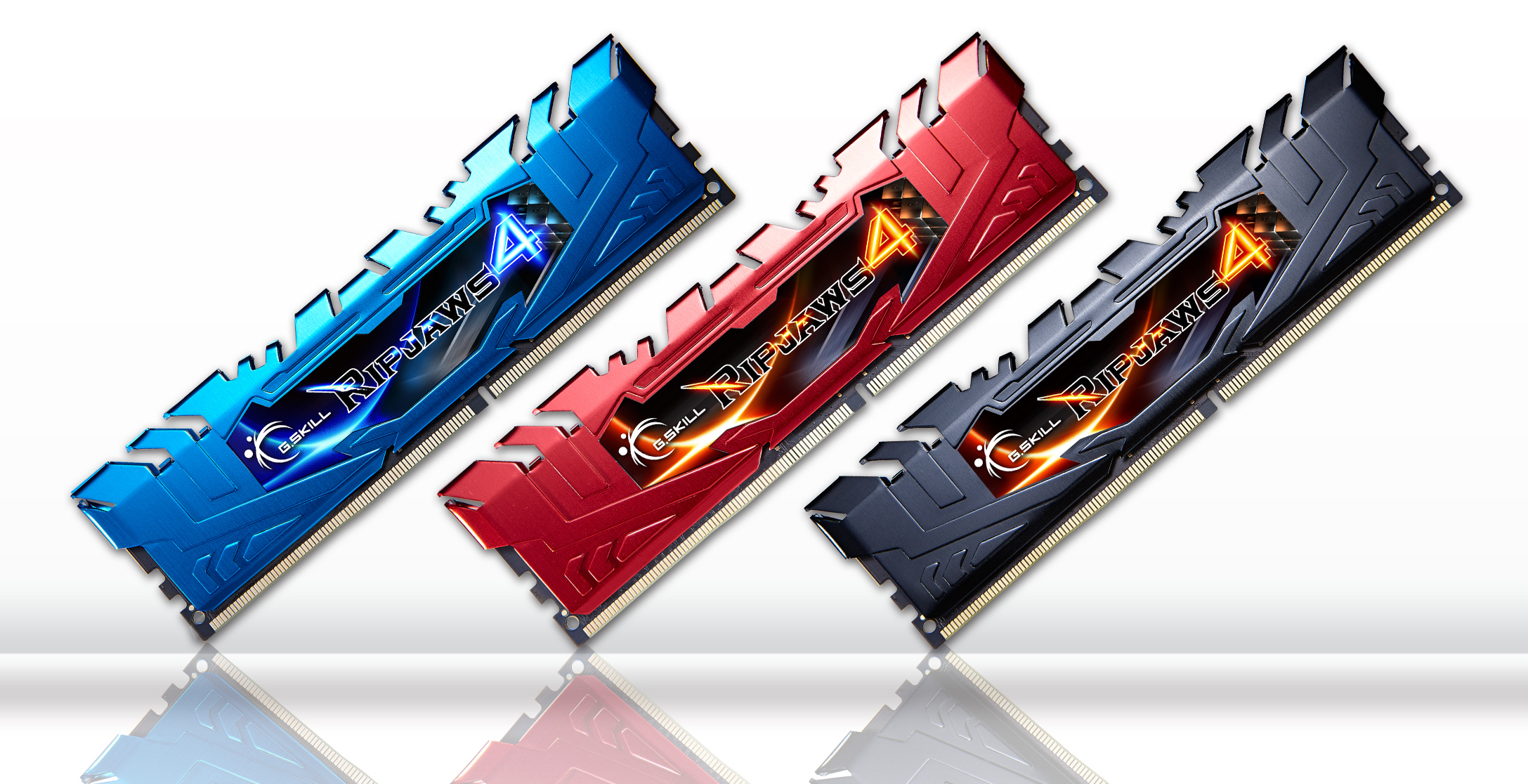 The flagship G.SKILL Ripjaws 4 modules will run at a maximum frequency of 3,333MHz with a CAS latency of 16-16-16-36. It will only be offered as a 16GB kit at this time. In addition to the new 3,333MHz Ripjaws 4 DDR4 modules, G.SKILL is also releasing a 3,300MHz version and 3,200MHz versions as well with significantly lower pricing.

Join the discussion on G.Skill's World's Fastest Production DDR4 on the OC3D Forums.