High speeds, low latencies and 16GB DIMMs. What's not to like?

These kits offer their users a little bit of everything, tight timings, high speeds and high DIMM capacities. As the PC market moves forward, 16GB DDR4 DIMMs will become a lot more common, especially as the gaming market moves to faster storage standard and consoles with more unified DRAM. 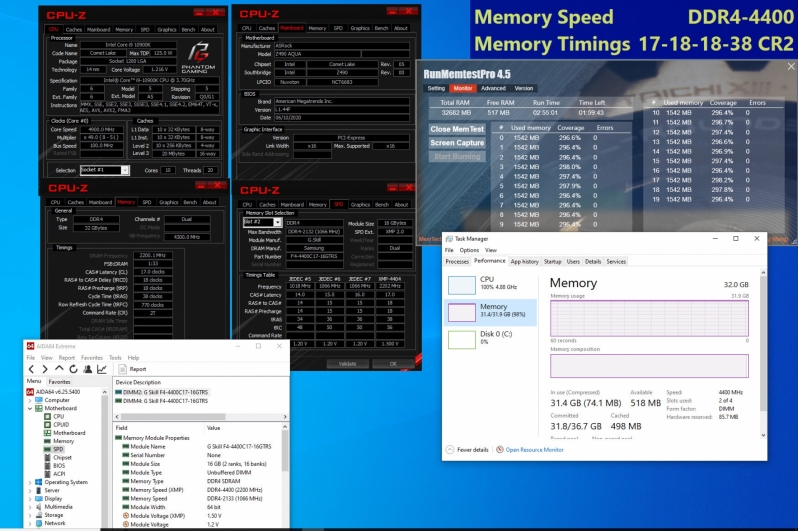 G.Skill plans to release these new low-latency high-speed DDR4 memory kits in Q3 2020 through their worldwide distribution network. Below are all of the available speed and capacity options for these new memory kits.

You can join the discussion on G.Skill's high-speed low latency CL17 4000MHz+ memory kits on the OC3D Forums.

Avet
This is some proper 4k+ memory. I don't see the point in buying 4k+ memory with ridiculously loose timings. 3200MHz Cl14 will outperform them in most cases.Quote

Avet
Quote:
Yes. Most of the Samsung B-die chips can pull that off with 1.8V OC. But you can't run that daily. It is just for benchmarks.Quote

Nine Iron
I'm already wondering how much of the cost has gone on those ridiculous heatsinks.

As far as 4400/17 goes, I'd be far more interested in seeing how low they'd go and sane frequencies.Quote
Reply