G.Skill becomes the first memory manufacturer to push past the 6GHz barrier

G.Skill has broken the DDR4 world speed record one again

G.Skill becomes the first memory manufacturer to push past the 6GHz barrier

Having fast DDR memory is a big deal for high-performance PCs. Yes, that 2400MHz DDR4 kit will get you from A to B, but in the world of gaming 3200MHz and higher memory speeds are quickly becoming what's expected for high-end systems.

To continue advancing memory technology, companies need to keep pushing the envelope. Today, G.Skill is easily the biggest envelope pusher in the world of DDR4 memory, having just blasted past the 6GHz barrier with their Trident Z Royal series modules.

While reaching these milestones may seem pointless to some, it is worth remembering that this is the start of a process which will eventually see these memory speeds become commonplace. There was a time where 2133MHz memory speeds were considered high-end, and now those speeds are considered too slow for new gaming systems. Then the industry eventually moves to DDR5, PC users can expect a huge boost in DDR memory speeds.
Below is a comment from G.Skill's Corporate Vice President Tequila Huang.

Achieving DDR4-6000MHz has been our goal for quite some time, and we are extremely excited to be able to achieve this major milestone together with MSI. In cooperating with MSI, we see the tremendous effort put forth by both parties in order to push memory speed to new frontiers and make this world record a reality. We hope to continue working with strong teams like MSI to push DDR4 memory even further into new heights and achieve more milestones together. 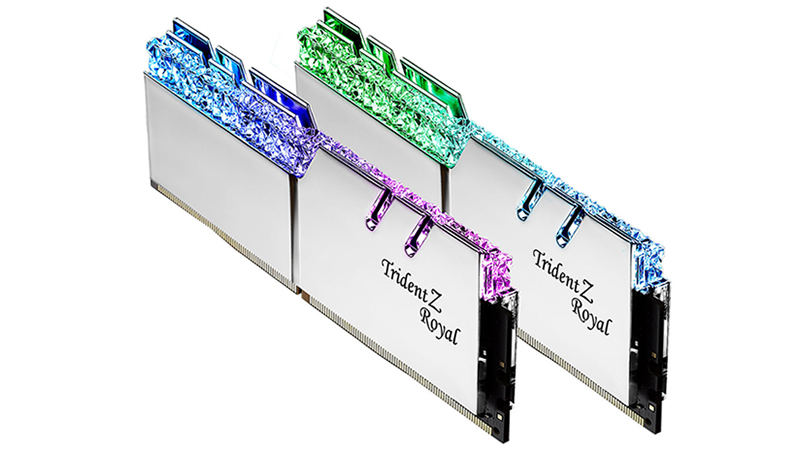 You can join the discussion on G.Skill breaking past the breaking the 6GHz memory barrier with its latest DDR4 record run on the OC3D Forums.

NeverBackDown
The sexist ram and the fastest? People are gonna throw some serious moneyQuote

Kleptobot
those dims look like they belong in the my little pony universe, do not want.Quote

The_Governour
I would buy the Trident Royale ram for my next rig. But only the Silver Edition.Quote
Reply