Ballistix, a sub-brand of Crucial, the consumer facing brand of Micron Technologies, is to become its own independent brand and will no longer be listed as a Crucial product.

This will create the new Ballistix Gaming brand, which now includes memory and will likely expand to SSDs and other PC accessories in the near future.

The independence of Ballistix will allow the company to focus further on the gaming and DIY system building markets, which will hopefully allow the brand to build a larger audience and create better products.

Ballistix is now it's own defined brand, becoming a sibling to Crucial (previously a sub-brand).

For more than a decade, Ballistix has injected speed and style into PC gaming in a way that can't be imitated. As the only major brand of gaming memory that builds and tests products from start to finish, Ballistix brings you the proven performance and reliability that pro gamers build with.

Ballistix performance memory (RAM) is designed to give the upper hand to gamers, performance enthusiasts, and overclockers. 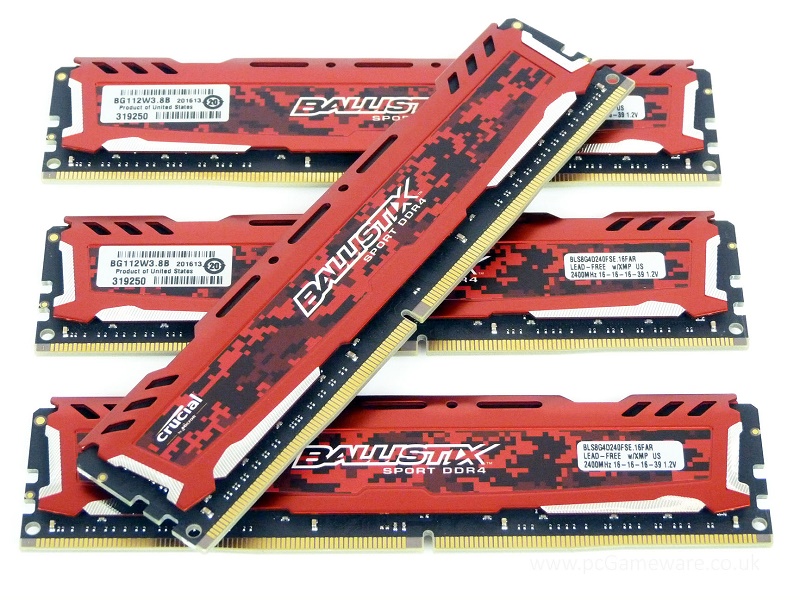 At this time we do not know when the first official Ballistix products will launch under its own name, but it is a sign that the brand plans on creating more gamer focused products moving forward.

You can join the discussion on Ballistix becoming its own independent brand on the OC3D Forums.

Crucial's Ballistix sub-brand has now spun off into its own gaming-oriented brand. Are Ballistix SSDs coming?https://t.co/VO05V6wYl8 pic.twitter.com/ZVfwrwgtsC

NeverBackDown
Is it still owned by Crucial? Just a subsidiary company? Like RTG for AMD?Quote

Thelosouvlakia
Quote:
How further deep can this tree become?

Kushiro
Haha and here I thought there were already ballistx SSDsQuote

NeverBackDown
Quote:
Probably just the first one, but I'm curious if they were spun off like RTG was unless they are now a completely different entityQuote
Reply