Many PC builders want their DRAM to act as a centrepiece for their PCs, with kits which offer RGB illumination or designs which are designed to match specific motherboard colour schemes. Today many PC builders place looks higher than overall memory speeds, though Corsair's Dominator Platinum CONTRAST series of DDR4 memory offers users the best of both worlds.

Unlike standard Dominator Platinum DIMMs, Corsair's Special Edition CONTRAST series combines a smooth pearlescent white heatsink with high-gloss black tops, offering white LED illumination to provide users with an aesthetic which screams premium. Corsair's Dominator memory is designed to leave an impact on those who see it, with each kit being individually numbered to mark their exclusivity (Who is going to get kit number 007?). 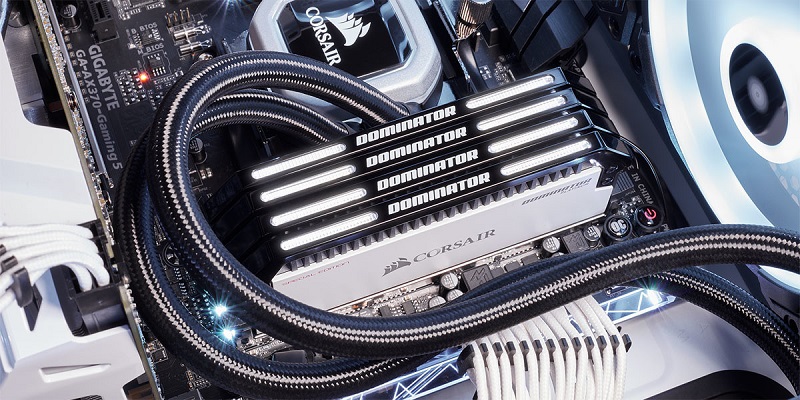 Like all Dominator Platinum DDR4 memory kits, Corsair will use a 10-layer PCB design alongside their patented DHX cooling technology, with Corsair saying that their Dominator memory "invites overclockers to push it even further."

You can join the discussion on Corsair's Special Edition Dominator Platinum memory on the OC3D Forums.

Eddie long
they look good , bet the guv will be wanting some of those

Bartacus
Still a rehash of an ancient design. I am disappoint. I loved my doms back in the day, but rehashing the same old crap is a large "meh" unless they made improvements, especially in regard to illumination.Quote

Eddie long
Quote:
i know where your coming from with that , but i still prefer the dom's over other corsair memoryQuote

Bartacus
Quote:
Oh if Corsair is your only choice sure, but G.Skill is where it's at for me now. I'd never touch Corsair ram again, especially at inflated Dom pricing.Quote

Dark NighT
I bet TTL would put the white tops on those. They look great!Quote
Reply