Corsair has announced that its latest Vengeance LPX DDR4 memory modules are capable of running at 5,000MHz when used with MSI X570 motherboards and AMD's Ryzen 3rd Generation processors, offering breakneck DRAM speeds for those that need it.

While Corsair's Vengeance LPX may lack RGB support and other advanced, but ultimately unnecessary, features; they deliver on the area that matters, performance. These kits run at 5,000MHz at timings of 18-26-26-26-46 at 1.5V, speeds and timings that were little more than a dream a few short years ago. This performance does come at a price, with Corsair revealing immediate availability of their 5,000MHz memory kits on their website for $1224.99 in the US. 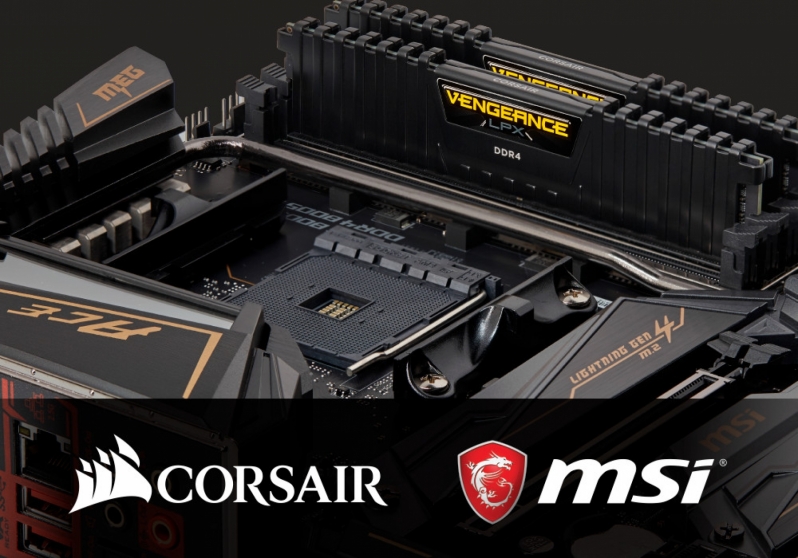 While these memory kits ship with a price tag that's too high for most PC builders, they do represent a shift towards faster memory technology and showcases the ability of Corsair to bring to market memory speeds that were previously only available to world-record overclockers.

DDR5 memory is expected to become available on consumer-grade PCs in 2021, with AMD's Ryzen 5th Generation processors being a likely candidate initial support for the new memory standard. With DDR5, high-speed memory will become a lot more common, both on desktop and mobile systems.

You can join the discussion on Corsair's new 5,000MHz DDR4 memory modules for AMD Ryzen systems on the OC3D Forums.