Corsair highlights the perks of DDR5 as it teases 6400MHz modules

There's more to DDR5 than a simple MHz upgrade

Corsair highlights the perks of DDR5 as it teases 6400MHz modules

The CPU market will soon transition to DDR5 memory, offering PC builders higher frequencies, heightened efficiency, and many useful features to both mainstream and enterprise users alike. Corsair is preparing for this transition, and to prepare their fans, they have released a DDR5 Primer.

DDR5 is due to reach the consumer market with Intel's 12th Generation Alder Lake CPU platform, which is due to launch later this year. While most companies are focusing on DDR5's frequency gains over DDR4, Corsair has commented on DDR5's increased per-DIMM capacities, a factor that will allow 64GB and 128GB UDIMMs to be easily produced. 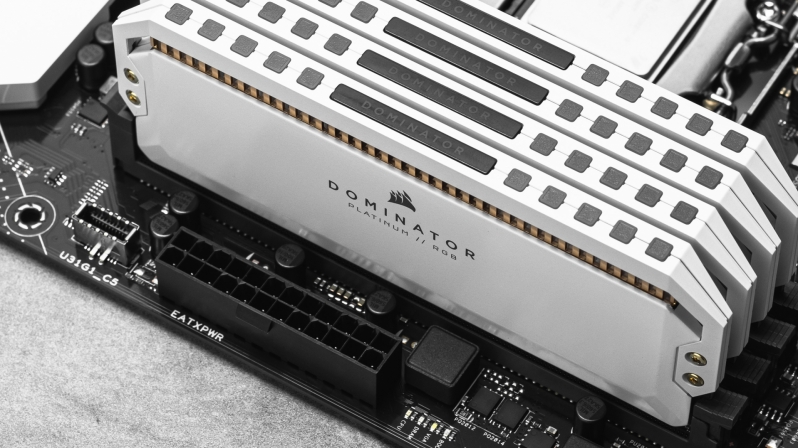 With DDR5, frequencies of 6400MHz should be possible on mainstream PC platforms. Doubling the performance of today's 3200MHz DDR4 DIMMs is no small feat, and this additional bandwidth will open the door to some interesting software developments. If you give developers more of something, they will eventually find a good use for it.

DDR5 is about more than boosted frequencies

With DDR5, several critical aspects of DDR memory have been re-architected to deliver increased security, performance, and larger per-module capacities. With DDR5, ECC (Error Correction Code) will become an integral part of the memory standard, decreasing the likelihood of errors. Beyond that, features like Single Kank Refresh will reduce memory idle times and decrease effective latencies by utilising DDR memory more effectively.

As CPU core counts continue to increase and software developers start to utilise the throughput of these additional cores, high-end PCs will start crying out for more memory bandwidth. This will be the main draw of DDR5 moving forward, especially as competition continues to heat up between AMD and Intel within the CPU market. 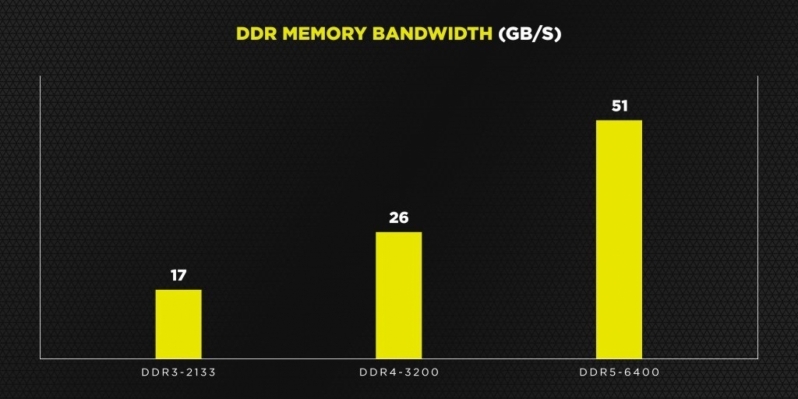 Corsair has pledged to share more about its DDR5 memory offerings in the coming months. Still, the fact that the company is already teasing speeds of 6400MHz should indicate the company's drive to transition to the latest memory technologies.

You can join the discussion on Corsair's DDR5 teaser on the OC3D Forums. 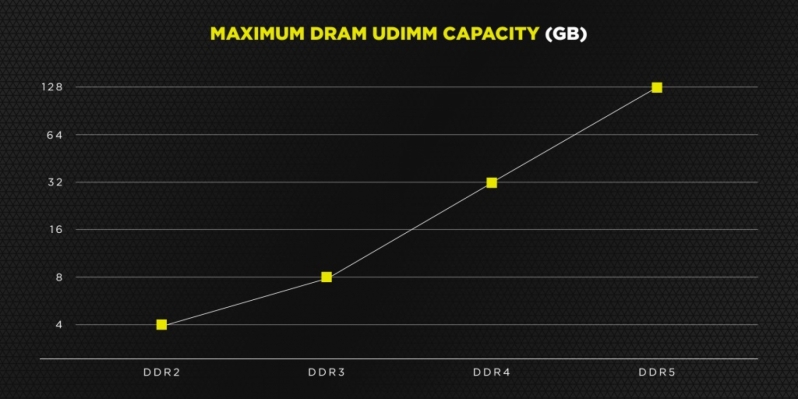 g0ggles1994
If DDR5 is going to be this much of a jump from DDR4, both AMD and Intel need to make sure they get it supported as soon as possible. If either of them are still on DDR4 while the other is on DDR5, that could have some massive performance -and therefore market share- lossQuote

robert3892
Both AMD and Intel will need new sockets/CPUs to support DDR5. AS far as I am aware this is in the pipeline for both companies as is the new PCI-E specs.Quote

AngryGoldfish
I'm definitely waiting until this is out and maybe RDNA3.Quote

On a serious note, i've been waiting to upgrade until AMDs DDR5 platform since I got my 8700k in late 2017.Quote