Corsair has announced their new Dominator Platinum ROG Edition Memory, which can run at speeds of 3200MHz and boost to 3333MHz when used with ASUS ROG motherboards.

This memory has been made in collaboration with ASUS and is available in 4x4GB kits and is backed by a lifetime warranty. This memory sports everything that you would expect from Corsair Dominator memory, including a 10-layer PCB, LED illumination and Corsair's DHX cooling technology.

At the end what we get is the level of reliability that we would expect from Corsair's Dominator Platinum memory in a package that is tailor-made for ASUS' ROG motherboards, so much so that this memory actually runs faster when used with ASUS ROG motherboards.

We're delighted to be working with CORSAIR on the Dominator Platinum ROG Edition, combining years of ASUS motherboard expertise with the CORSAIR passion for truly high performance memory. 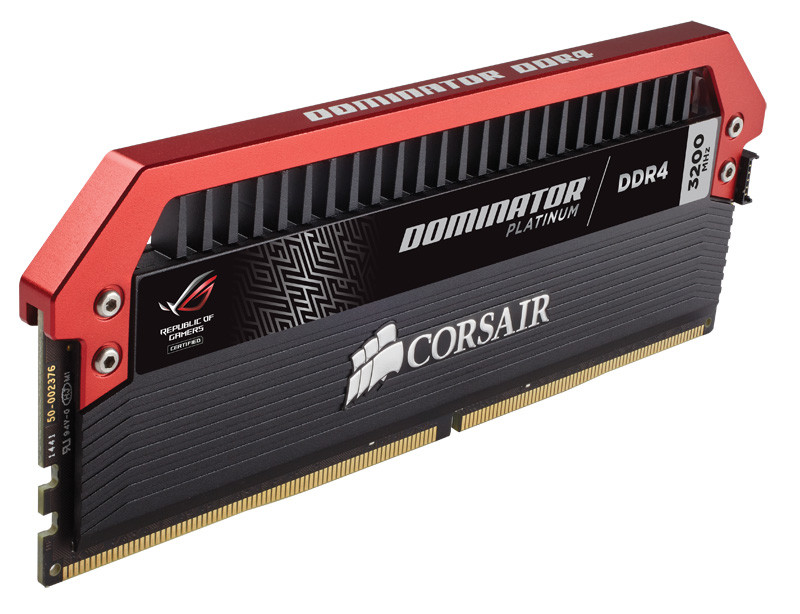 Right now Corsair's new Dominator Platinum ROG memory is available directly from Corsair on their dedicated storefront, but it should be available at retailers soon.

You can join the discussion on Corsair's Dominator Platinum ROG DDR4 memory on the OC3D Forums.

SparkleDJackson
Have asus realised that most people didnt like the rog orange and have shifted back to red. but hoe does one differentiate between this model and the other red top models that they do when installed. That strip with the rog branding isnt alway visible. Its not bad but it you are going to pay for a rog brand the rog brand should be visible at all timesQuote

Warchild
Dominators have lost their shine.

I would rather have Klevv over these.Quote
Reply