BAINBAO XE, a Taiwanese overclocker, is the owner of this new memory speed record, hitting 6,666 MHz memory speeds. This record was achieved using Crucial's Ballistix Max DDR4 memory and can be viewed on the HWBOT website.

A lot of PC gamers wonder why DDR4 memory speed records are a big deal. Why do they matter, and why do companies like G.Skill, Micron, and Crucial compete for this crown? Simply put it's about pushing the envelope and continuing the march of progress towards stronger memory controllers, motherboard layouts and increasingly fast DDR memory modules. This is why AMD, ASUS and Crucial are so prideful of this new speed achievement.

Memory speed is something that's often overlooked in the world of PC building, with capacity taking precedence over performance for many users. The problem with DRAM speed is that performance often isn't an issue; until it is.  When it comes to memory bandwidth, you either have enough or you don't; which makes it hard to judge whether or not your memory is up to snuff. While memory timings also matter, raw bandwidth remains a factor that is worthy of consideration.

While speeds like DDR4 3,200MHz are commonplace in today's gaming PCs, it is worth remembering that DDR3 1,600MHz was very common within the PCs of yesteryear. As core counts and CPU performance have increased, so have our memory bandwidth needs, so it makes sense why memory speeds are on the rise with each and every CPU generation.

A few short years ago, 5GHz memory speeds were word record material, and now 5GHz DDR4 memory modules can be purchased from retailers. The world of high-performance memory is evolving, and in a few short years, the market is due to make the shift to DDR5, pushing baseline memory speeds up a notch.

At the start of the DDR4 memory generation, 2133MHz memory was common, and now 2133MHz memory is incredibly rare. Today, 3,000MHz memory modules are amongst the most affordable around in the desktop market, showcasing how quickly things have shifted within the memory market. How long will it be before 5+GHz speeds are commonplace? 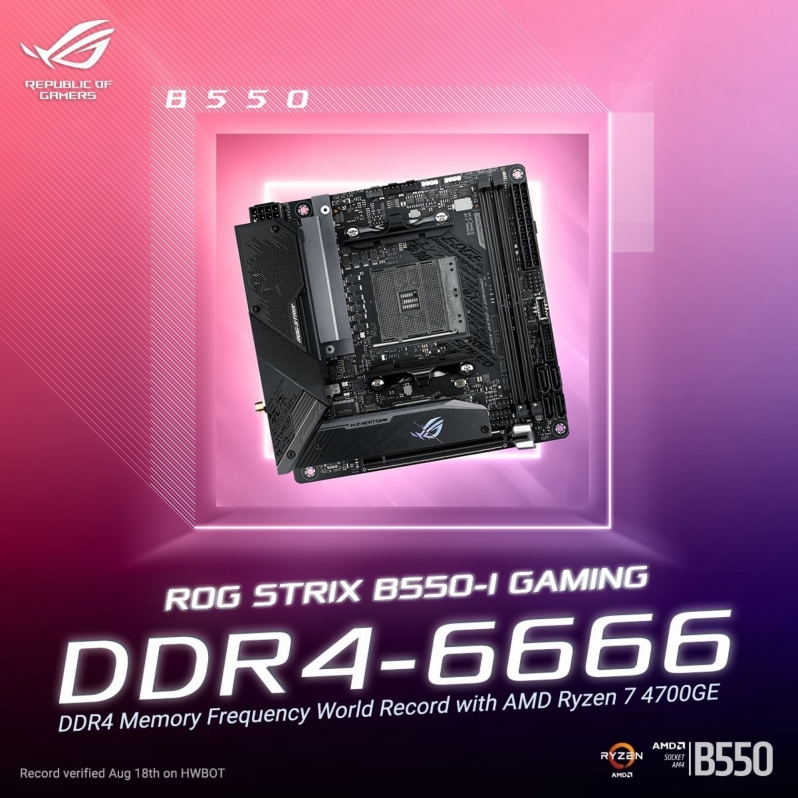 You can join the discussion on ASUS' overclocking team achieving a new world-record DRAM overclock on the OC3D Forums.

looz
Hell of an overclock.Quote
Reply