In the memory market, there has always been a race to create the fastest DIMMs available, providing levels of bandwidth that go far beyond the requirements of most PC users. This push is why DDR4 memory continues to get faster, with basic DIMMs offering speeds of 2133MHz while high-end offerings can achieve 4+GHz out of the box.

Every race needs competitors, and ADATA has secured for themselves a prime position within the overclocking space by achieving DDR4 clock speeds of 5GHz on a dual-channel XPG SPECTRIX D41 RGB DDR4 memory kits. These DIMMs can offer speeds of 4.6GHz out of the box, with ADATA pushing their product to even greater heights with Intel's i7 8700K and MSI's Z370I GAMING PRO CARBON AC.

While this kit isn't available off the shelf, 5GHz is still a huge milestone for memory manufacturers, especially under standard air cooling. Just a few short years ago, 5GHz memory overclocks required LN2 cooling and extremely high operating voltages, making the speed impossible to maintain for day-to-day use. So far only G.Skill (link) and ADATA have revealed their potential to create 5GHz air cooled DDR4 memory.

Below is a comment from ADATA's Director, Tom Chan, using this feat as an example of the company's passion for performance and their R&D capabilities.

We are extremely thrilled to have reached this amazing milestone back in March, because it demonstrates once again the robust R&D capabilities of ADATA, and the passion that we have for advancing memory performance,

For us, the next critical step will be working to make this more than just a technological milestone, but something that will be accessible to gamers, overclockers and others, so that they can ultimately benefit from this amazing performance. 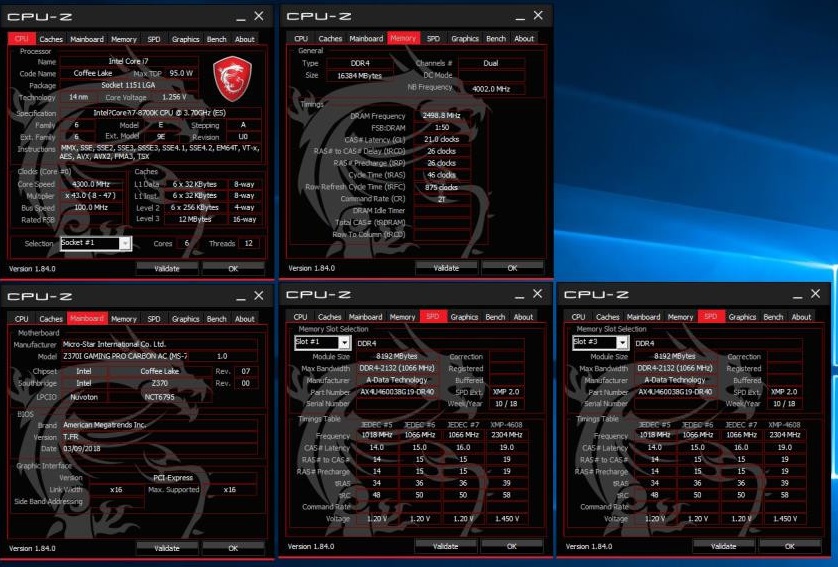 You can join the discussion on ADATA hitting 5GHz on air with their DDR4 XPG Spectrix memory on the OC3D Forums.

TheF34RChannel
Common? With DDR6 maybe. Useful outside benchmarking? In many, many years. Nice to see a second brand hit the mark as well though!Quote
Reply