The next generation of VR motion controls

Over the past few months, Valve has been shipping hundreds of their 'Knuckles EV3' controllers to VR developers across the world, preparing them for the move to second generation VR control system, which features grip sensitivity and an improved button layout.

With the release of the Knuckles DV, Valve has moved from their EV prototype naming scheme to DV Devkit name, signifying that their product is approaching consumer-grade status, with Valve planning to send their latest VR controls to a wider range of developers to prepare the world for the next-gen VR control systems.

When compared to the EV3, the DV features rearranged capacitive sensors to accommodate a larger range of hand sizes, increased trigger spring strength and feel, improved strap durability and adjustability and other improvements to the controller's fit and finish.

The main selling point of the Knuckles controller is that it can tell how the user's fingers are placed, granting users VR controls on a per-finger basis, rather than the "grip/no grip" options offered by today's motion controllers. This change should result in increased immersion with compatible VR games as well as the ability to make "grip strength" an important factor when playing certain games. 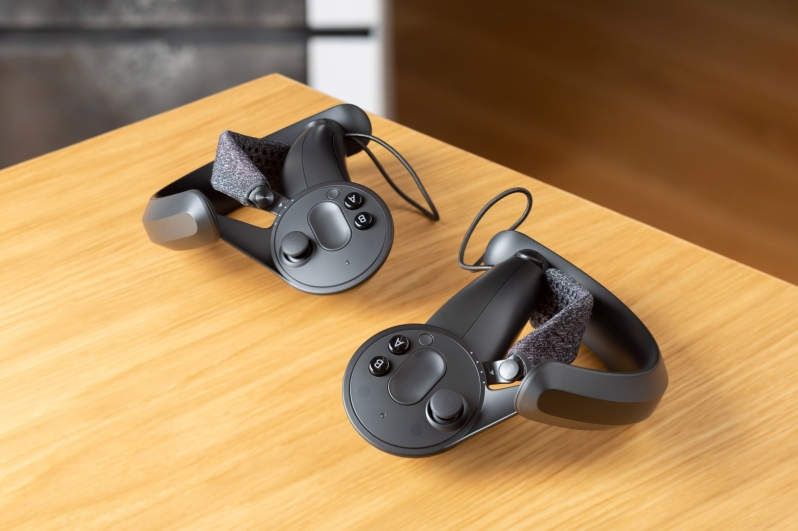 At this time, it is unknown when Valve plans to release their Knuckles VR controllers to the public, though at this time developers can request a development kit from Valve, with the company offering several ways for developers to support their new controllers. It is also unknown how much these controllers will cost when they become available to the public, though they are likely to be expensive; a factor could become a new stumbling block for VR users and its widespread adoption.

You can join the discussion on Valve's Knuckles DV motion controllers on the OC3D Forums.