For years PC gamers have had a problem, traditional keyboards have either an on or an off state, making precision movement with WASD difficult in a lot of games and making it impossible to walk slowly in almost any game. With a controller you can simply tilt your analog stick slightly to the side to achieve small movements, but pushing your keyboard key in slightly will have no response at all. the Wooting One this problem is addressed, allowing PC gamers to have full control with analog mechanical switches.

The Wooting One fixes this with analog keyboard switches allowing PC gamers to have full control without the need to install any external software in order to function. This keyboard will also give you the features you would expect from modern gaming keyboards, offering red and blue MX compatible key switches and full RGB illumination. 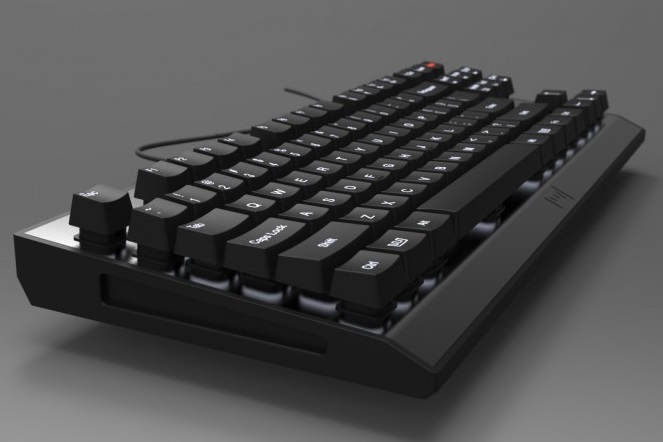 With the Wooting One users will be able to turn off analog functionality at the press of a button, allowing players to type like normal outside of games and analog mode when in game.

One other key feature on this keyboard is that all of the mechanical key switches are replaceable, allowing the user to switch between blue and red mechanical switches or use both if the user prefers.

Right now the Kickstarter has reached over half of its €30,000 goal, which is great for a kickstarter product that is less than a day old. Right now those interested in this product can already order the Wooting One for just €129, with higher tiers offering extra replacement keycaps, T-shits, a replacement top plate and other accessories.

Right now this keyboard is available in ISO German, French, Nordic, English (UK) and Latin variants, as well asANSI International English versions. The Wooting One is expected the ship in November 2016.

You can have a look at the Wooting One Kickstarter page here.

You can join the discussion on the Wooting One analog mechanical keyboard on the OC3D Forums.

SPS
The optical switches are pretty cool. I like how they are swappable because of this.
However, I'm not convinced they can ship before the end of this year.Quote

RobM
What a nice looking keyboard, hate how mechs are so expensive.
Wonder if they are planing a full sizeQuote
Reply