Razer has announced their new Yellow series Mechanical Keyboard switch, which comes with similar features to Cherry's existing MX Red series switches.
As a large gaming brand, Razer has decided to take things one step further than simply provide linear (click-free) actuation, but also decrease their key's actuation distances from 2mm to around 1.2mm, allowing these new key switches to offer for faster response times.
These key switches will operate with an activation force of 45cN, with Razer claiming that these new keys are "silent", leaving many to hope that this key switch will act as a hybrid between Cherry MX Silver/Speed switches and Cherry MX Silent switches.
Right now Razer's Yellow Switches are available on their new Blackwidow Chrome V2, with Razer planning to release more keyboards with Yellow Switches in the near future. 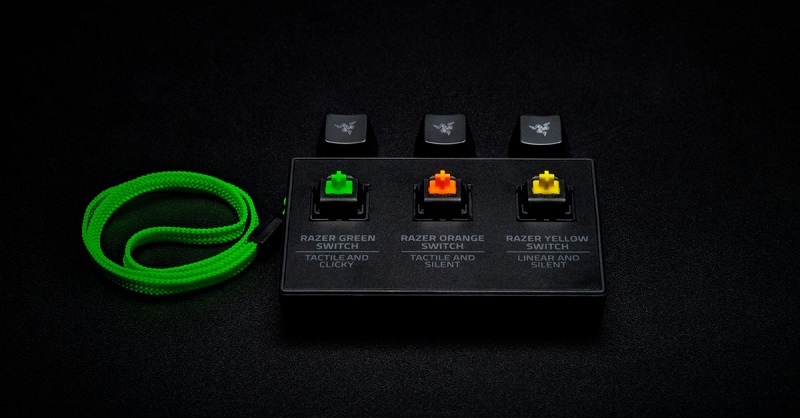 You can join the discussion on Razer's new Yellow mechanical key switches on the OC3D Forums.