This allows games using the Xbox One controller to more easily type and use chat functionality on controller driven games, improving the gaming experience. This keyboard is backlight and has full controls for use with a headset, leaving control of your gaming experience right at your fingertips.

Compose messages to friends, enter codes, and search apps in seconds with the Xbox Chatpad. Get to your apps quickly with two programmable keys. The Chatpad plugs into your Xbox One wireless controller, putting a backlit keypad and headset audio controls right at your fingertips. It also includes a Chat Headset with 3.5mm jack, so you can plug directly into the Chatpad. Use the Chatpad with both Xbox One and Windows 10.* 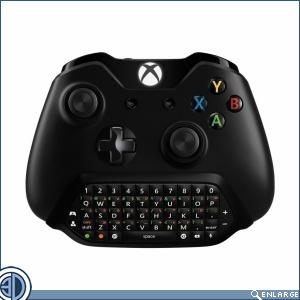 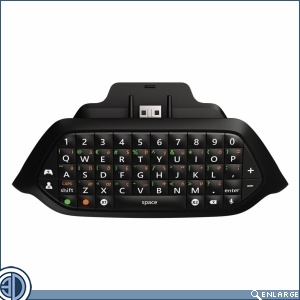 The Xbox One controller only supports Microsofts Windows 10 OS and will not function on Windows 7 or Windows 8/8.1, so please only purchase this controller if you can make use of it on your current OS.

You can join the discussion on the Xbox One Chatpad on the OC3D Forums.

NeverBackDown
As cool as it is.. let's have some real Xbox games on PC before they start releasing accessories. Otherwise they have little use. Hopefully releasing these is indicative of them making some PC ports.. would love to have Halo or Forza

TPC
Quote:
I think that accesory is mainly focused towards xbox players since the normal on screen keyboard can be absolute e.Quote

NeverBackDown
Quote:
It's already been available for Xbox? Couple of my friends have had them. On PC it's new and hopefully doesn't require drivers but I figured that will all these new accessories for PC they are making it means they are indeed making some xbox games for PC. Just wishful luck

Kilbane
Quote:
This is the release of the OFFICIAL chat pad for both XB1 and PC. XB1 controllers are designed to work with Win 10 from release. Same as any accessories for the controller, XB1 runs on a cut down version of the Win 10 OS. Microsoft are really pushing compatibility between all official accessories for the XB1 as they have also pushed the Windows Store to become a AAA game outlet rather than just small games and apps as it has been previously.Quote

SPS
Presumably this will work with Steam big picture so that will be cool.


Quote:
It's just a keyboard.. I've no idea what you're talking about.Quote
Reply